Welcome to the 2014 season with an underperforming but potentially scary opponent standing on the opposite sideline.

Earlier this summer, I was chatting with a friend of mine online - my former college roommate who's now a pastor, who will probably come up a lot if the guys here allow me to keep doing this - and I noted to him that I was already entering that part of the summer "in which I start over-thinking our early-season schedule and why we're probably in big trouble."

He thought about that a minute and said, "That seems to come earlier every year."

I included that just to note what kind of mind is formulating this preview - I'm a homer like you guys, but the kind of homer that generally braces for the worst to happen. Lots of fans carry themselves like professional wrestling heels - they stick their chests out, try to out-yell everyone within the sound of their voice and pretend everything that happens was part of their plan all along. I'm not one of those.

Anyway, here's West Virginia's offense, broken down as best I could think to do it. 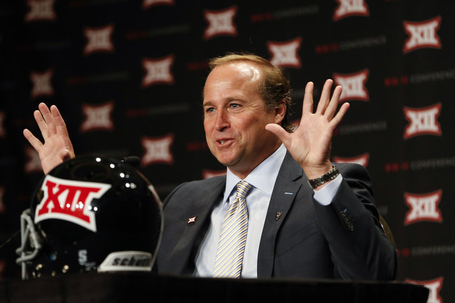 When this game was originally booked in May 2012, it seemed packed with storylines - Alabama was in the midst of a two-year national championship run, West Virginia was coming off a 10-3 season that ended with a 70-point outburst vs. Clemson in the Orange Bowl. There's the fact that our beloved head coach grew up in West Virginia - a fact that comes up every time there's a head coaching vacancy there. And, of course there's the juicy (for football nerds, anyway) narrative in which "Air Raid" guru Dana Holgorsen (RECRUITING LIAR!) empties his playbook against the Nick Saban/Kirby Smart defensive machine.

One week before the game, though, it's a little bit tougher to sell this game on the casual fan. Since opening the ‘12 season with 5 straight wins - they scored 69 in their opener vs. Marshall that season, and posted 70 vs. Baylor - the Mountaineers have lost 14 of 20. Of their 4 wins in 2013, 2 were against FCS opponents (Georgia State and William & Mary)*.

Beyond that, the ‘13 version of West Virginia simply wasn't competitive. They held Oklahoma to 16 points and still lost by more than a touchdown. They were shut out by Maryland (no, really). They finished the season with losses to Kansas and Iowa State.

SB Nation's Bill Connelly notes that, since Holgorsen usurped the job from Bill Stewart in 2011, WVU has regressed from 17th in F+/- all the way to 76th. I have no idea what F+/- even measures, really, but that can't be a positive thing.

* Weirdly, one of their 2 wins was against Oklahoma State. College football is weird, man.

Still, if you're watching this one on TV, expect Holgorsen & Saban/Smart to be in a split screen several times, with whatever color analyst covering the game repeating the line about "offensive genius vs. defensive gurus" narrative over and over.

And if there's a reason to really wring our hands about this game, it's exactly that: Holgorsen, presumably, still knows how to coach high-powered offense, and there's every reason to believe his squad will throw literally everything it has at Alabama and hope for the best.

Our coaches are pretty damned good too. Just saying. 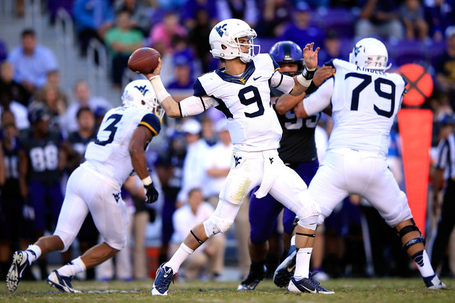 If there's another narrative that is likely to crop up in the run-up to Saturday's game - assuming Jake Coker sees the field, which we can safely assume - it will be the dueling Florida State transfers behind center for each team. In June, Holgorsen named FSU refugee Clint Trickett - son of FSU offensive line coach and complete lunatic Rick Trickett - the starter for the beginning of 2014. You can read the SBN's WVU bloggers argue with themselves about whether that's a good thing. Or, screw it, I'll just pull-quote them:

Clint Trickett's 2013 season was one to be forgotten quickly. He threw for 1605 yards, with 7 touchdowns and 7 interceptions, in 8 games. Trickett was also injured for much of last season, battling shoulder and head injuries. Had it not been for these injuries, perhaps Trickett would have performed better, made stronger throws, better reads. However, I doubt it. Trickett is not a quarterback to take control of a team and lead them with his arm. He reminds me of Chad Pennington. He makes the safe throw, not far down field, maybe utilizes his check down option often. This is precisely why he averaged less than one INT per game last season, but also less than 1 touchdown pass per game. This will simply not get it done against Alabama.

Simply put, starting Trickett against Alabama is a no brainer. He is the most proven of the bunch, has experience with the offense, has won the big game and displayed the arm to operate Holgorsen's offense.

Trickett did shine in the Mountaineers' extraordinarily odd win over Oklahoma State, throwing for 309 yards with a TD (and 2 picks, but bear with me here). He battled injuries and played with kids for the most part in ‘13, so there's no reason to believe he won't be better.

Elsewhere in the skill spots, WVU brings back what Bill C calls "one of the Big 12's deepest, most diverse sets of running backs," and the entire receiving corps returns as well, including leading receivers Kevin White and Dalkiel Shorts. White turned in a catch rate of 43 percent in 2013, which is putrid, but presumably an entire offseason with the system and the quarterback will mean improvements for all.

As bad as the Mountaineers were in the skill positions in ‘13 - and they were undeniably awful - they were their worst up front, where attrition due to graduation led to an increased sack rate and abominable rushing numbers. They do return guards Quinton Spain and Glowinski, but there's no real reason to believe they should win the battle at the line of scrimmage vs. Alabama's front seven.

There's no reason to believe it, but one of the ill-kept secrets of Alabama's 2013 campaign was that it wasn't all that good up front, particularly when it came to pressuring the passer. Nick Saban would angrily cut me short if I used the term "sacks," because he prefers the phrase "affect the quarterback," but Bama really didn't do much of either in 2013.

This, then, is the nightmare scenario if you're a Tide fan: West Virginia, with a head coach and team intent on proving that 2013 was an anomaly (and searching for the repeatedly overused sports term "respect"), unthreatened by an Alabama pass rush that was weak down the stretch a season ago, dials in some early big plays against a young Tide secondary, takes a lead and puts the onus on an Alabama offense with an unproven entity at QB to match its efforts (think of the playbook Oklahoma followed in last year's Sugar Bowl, only without a reliable vet taking snaps).

Let me be clear: Alabama is a much, much better team. But if an upset is happening, West Virginia's best chance is turn this thing into a by-God track meet, and see if we have the horses to run with them.

As they're fond of saying around here, hope for the best.