Help Wanted: Changes are in store for WVU in 2014

Coming off a disastrous 2013 season, West Virginia needs to improve in all phases of the game if head coach Dana Holgorsen wants to survive beyond 2014.  While the decline of Holgorsen's once high-flying offense has gotten the most attention, the Mountaineers' defense has been a particular sore point over the last two seasons.

Despite how bad the defense has been, one first has to acknowledge that it showed some improvement in 2013.  While 455 yards and 33.3 points allowed per game in 2013 put the Mountaineers in ninth place in the Big 12 (a league with ten teams - because that makes sense), that actually was better than their performance the year before.  (NOTE: For comparison, 33.3 points allowed per game would have placed the Mountaineers dead last in the SEC, while 455 yards allowed would have had them only ahead of Texas A&M)

This off-season has already seen some changes, as defensive coordinator Keith Patterson unexpectedly departed Morgantown to take a position at Arizona State.  Long-time Holgorsen assistant and former safeties coach Tony Gibson will take over at DC.  An excellent recruiter, Gibson has never called the defensive signals before.  Damon Cogdell, a former high school coach and Mountaineer linebacker, was hired as an assistant, and former Penn State assistant Tom Bradley, who spent 34 years coaching at his alma mater, will come in as associate head coach and serve as a backstop to Gibson.

Gibson and Bradley have made significant changes already, having switched the Mountaineers' defensive scheme from a 3-4 defense to a 3-3-5 or "odd stack" defense.  The hope is that, by simplifying the defense, they will eliminate the poor decision-making and indecisiveness that characterized the team's defensive woes last season. 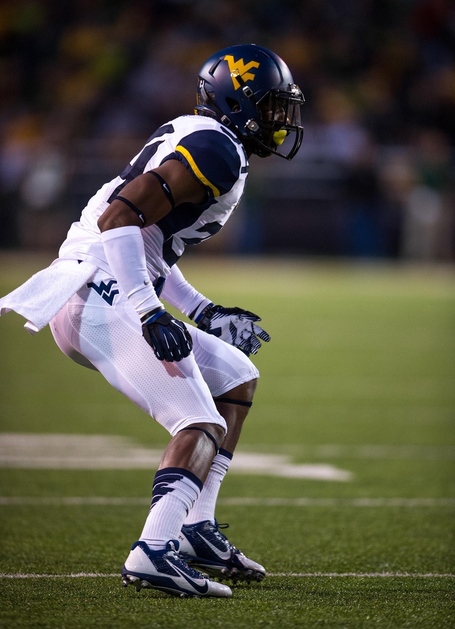 While seven players return to the defense with some starting experience, only two started every game in 2013.  One of these, fifth-year senior Ishmael "Icky" Banks, was reported on August 18th to have an academic eligibility issue that could sideline him for the season.  Banks, the team's most fundamentally sound cornerback, would be a major loss for the team.  In the absence of Banks, junior Terrell Chestnut and senior Travis Bell will battle to replace him while sophomore Daryl Worley will likely fill the opposite corner spot.

The other defensive player who started every game last year is junior free safety Karl Joseph.  Joseph has a reputation as a bit of a headhunter - delivering staggering hits and sure tackles to his opponents.  NFL.com named him as one of the 14 toughest players in college football going into the 2014 season.  A starter since the first game of his freshman year, Joseph is the best player in the Mountaineer secondary, and has a nose for the football.  He led the Big 12 in fumble recoveries last year with four and had an interception.

Also at safety, junior KJ Dillon and highly-touted freshman Dravon Henry should contribute significantly in the fall.  Dillon was slowed early in camp by an ankle injury, but expects to be full speed by the Alabama game.  Henry, the No. 1-rated high school player in Pennsylvania last year, has been working with the starters in camp and looks to add some speed to the Mountaineer secondary. 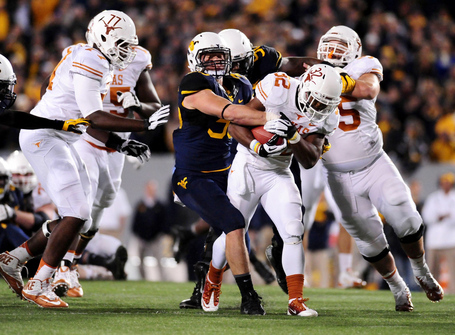 Nick Kwiatkoski is the Mountaineers' most versatile defender.    via cdn3.vox-cdn.com

Redshirt junior Nick Kwiatkoski led the team in tackles in 2013 (86) and is arguably the Mountaineers' most versatile player.  In fact, Kwiatkoski will be manning his fourth position for a fourth defensive coordinator and second head coach at WVU.  He will line up at the ‘Mike' middle linebacker position in the team's 3-3-5 defense, after previously playing in two other linebacker spots and starting out as a safety.  Although he's still learning his position, Kwiatkoski will be making the calls for the defense.

Junior Isaiah Bruce will also see extensive time on the field.  Last year, Bruce made less than half of the tackles he had during his freshman campaign. Uncomfortable at the outside spot, moving back to an inside linebacker position should help Bruce improve his contribution to the defense in 2014.

Jared Barber, who suffered a season-ending knee injury against Texas in November, still ended the season with 71 tackles - enough to finish third on the team.  The senior joins two other linebackers, Shaq Petteway (knee) and Wes Tonkery (hand), who will be looking to return to the field after major injuries sidelined them last year. 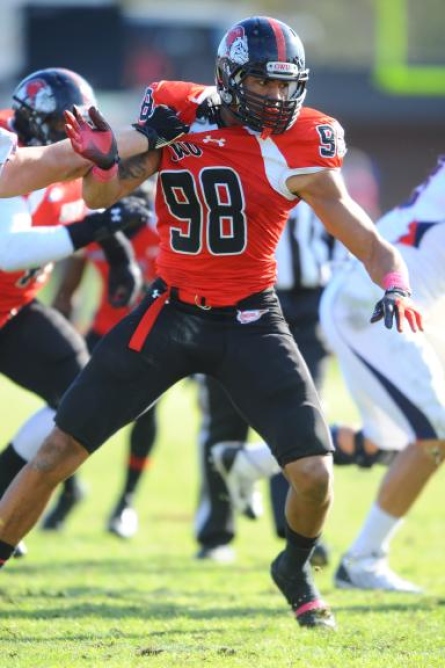 Shaquille Riddick, DE transfer from Gardner-Webb.  If there isn't a WVU fan poster at the Georgia Dome with a reference to the "Chronicles of Riddick" on it, I'll eat my hat.    via www.shelbystar.com

With two of last season's three starters at the end of their eligibility, the defensive unit with the most question marks is the line.  Injuries plagued the line last year, and the group is thin on experience beyond the first team.

Junior Kyle Rose played twelve games and started six at defensive end last season, and was fifth on the team in tackles with 49, including 29 solo stops.  Rose, at 6-4 and nearly 300 pounds, is a bonafide NFL prospect, and should be a major contributor this fall.  He has moved to the nose tackle position in fall camp and will look to anchor the D-line in 2014.

Sophomore Christian Brown, who was limited to only four games last year due to a dislocated ankle, will move from nose to defensive end - a position he has not played since high school.  Shaquille Riddick, a graduate transfer from Gardner-Webb, has taken over the other first-team spot at end.  The coaching staff has high hopes for Riddick, who brings needed experience and talent to the line, albeit only for this season.  Riddick earned FCS All-American honors last season at Gardner-Webb, and could be the top player on the defense in 2014.

Changes on the defensive staff and a new defensive philosophy - combined with a sense of urgency - should serve the Mountaineers well in 2014, at least comparatively.  However, the schedule features four pre-season top 20 teams, and WVU plays all of them on the road (technically, the game at Alabama is at a neutral site).  That fact - combined with their Big 12 opponents' tendency to light it up on offense - does not bode particularly well for the defensive side of the ball.  If Holgorsen cannot right the ship on offense, the Mountaineers will be looking for a new head coach come December.