RBR Tailgating: The Inside Trout

Because when you think about it, all Florida really has to offer is fish.

Share All sharing options for: RBR Tailgating: The Inside Trout

When I think of Florida I think of lewd and lascivious acts performed in yoga class (Namaste as you wanna be). I also think about how many calls to 911 to complain that you have no refrigerator are too many, about drug dealers that brag to undercover cops that they are too smart to ever be caught. But that's because I follow @_FloridaMan on Twitter. It's got to be the methiest state in the union.

When I think of Florida football, I don't know what to think. I used to. Under Urban Myer I marveled at how fast hybrid running back/receiver types could run while stoned. Under Steve Spurrier they were cocky and unceasingly aggressive. Before that I thought they were the team that Smokey and the Bandit played for until I found out that he didn't. Under Will Muschamps? I still have no idea. He's been there for four years and there doesn't seem to be a team identity. Even when I think of Muschamps himself I don't think of him at Florida. I still see him in an Auburn golf shirt yelling "Boom!" and assaulting impressionable young student athletes with his chest.

This is a tailgating post and rightfully busies itself with recipes and heat and dead animals and whatnot, but I do try to justify the recipe to the opponent however tangentially I can, and I can get pretty tangential. This Florida team leaves me grasping for a football connection. I could play up the state's methiness, but frankly I'd like to keep meth in my pocket in case we end up playing Missouri in the SEC Championship Game. With Florida I'm left with fish and boat drinks and I'm soured on boat drinks because I just bought The Guardians of the Galaxy soundtrack. Have you really listened to the words to the Pina Colada song? Those people are trash.

So fish it is.

This is a traditional dish that I once had the temerity to think I created. That's an easier mistake to make than you might think. I had bought some trout for an occasion, I can't remember if it was a dinner party or cookout or something else entirely, that was cancelled. Without company, my desire for whatever absurdly complex preparation I had planned for the fish waned. But fish, like metal and plastic apparently (more on that later), has a very short shelf life. A quick inventory of my refrigerator yielded a few simple ingredients - lemon, thyme, yogurt, horseradish - for a simple, quick and easy dish. I was off to light the grill.

Months later I spotted my impromptu grilled fish recipe on the menu of Bottega Café in Birmingham. As stupid as it sounds, the first thing to go through my mind was the possibility that James Beard Award-winning, nationally renowned Chef Frank Stitt stole my idea. The next thing that crossed my mind was that we independently came up with the same idea like Newton and Leibniz did with calculus but that was entirely unsatisfying because with Stitt's reputation in culinary circles I just knew he'd take the Newton spot and I'd be relegated to Leibniz.

After that lunch I started seeing this dish everywhere; in cookbooks, on television, at other restaurants. I assume I ate/saw/read about it once in the distant past and filed it away in my sieve-like memory only to have it crawl forth, piecemeal as I stared at the contents of my refrigerator. That's the likely explanation. But I'd be doing myself a disservice if I didn't point out that there is still the possibility that I independently Leibnized a recipe so fantastically good that people have been enjoying it for centuries. I shouldn't deny myself that accomplishment and the praise that naturally comes with it.

Assembly is so easy that I planned on featuring a series of photos with descriptive captions like "Step 1:" "Step 2:" and "Step 6:" with a few others in between. But that was not to be.

I took photos aplenty. Artistic. Tasteful. Professional. If there is a word that a lecherous nudie mag hack would use to persuade a reticent ingénue to bare all for the camera, it fits with what I did. There were Golden Ratios all over the place.

Then my phone died. With it, all but the one picture I took with an actual camera died too. You can see the lone survivor above, sadly carrying on with "RBR Tailgating" splayed across it. I hoped it was the battery, but the phone kept turning itself off and on. At the T-Mobile shop I was told that my software was "fried." Apparently phones are only expected to survive for two years. When I pointed out that I've only had mine for a year and a half I was told that my phone was over three years old. "Did you sell me a used phone?" Not at all, but when I bought it it was already a year and a half old.

"But it was in a box. It was never turned on." you might say. I certainly did.

"But it was in a box." and so on. Eventually I accepted the T-Mobile line that plastic and metal degrade in a box somehow and that I was lucky I got over a year out of my nearly four year old phone, only because they offered a replacement gratis, but only if gratis applies because I paid for insurance.

"So what model are you sending me?"

The following is not what I expected to be publishing at the opening of SEC play. Had you asked me months ago where I expected to be by this point in the season I would have never considered that I'd be working within constraints, making the most of what was available to me. But here we are. The fancy equipment I brought in turned out to be no more reliable than the innate tools I was always in possession of. What follows is not showy, but it's effective. It's not glossy photographs, but it gets you efficiently from point A to point B. What more can you ask for?

Step 1: Salt the interior of the trout. 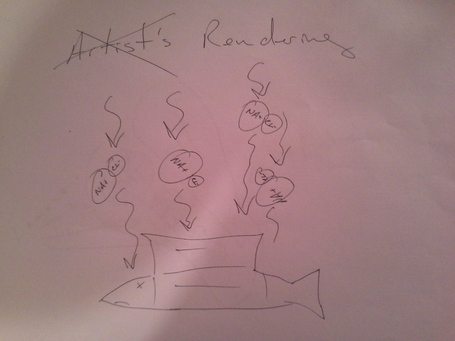 Step 2: Add three to four lemon wheels to each fish. 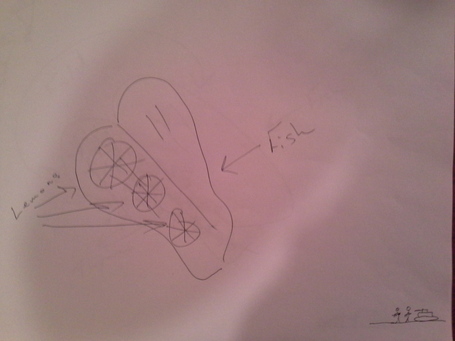 Step 3: Cover lemon wheels with a handful of thyme and fold fish over. 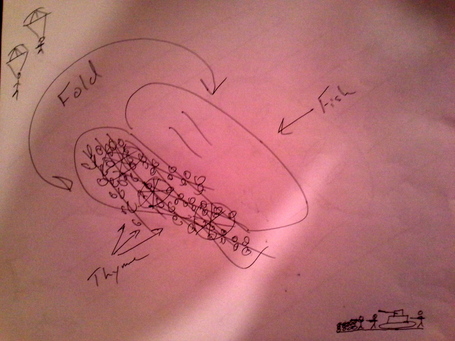 Step 4: Grill for three to five minutes per side. 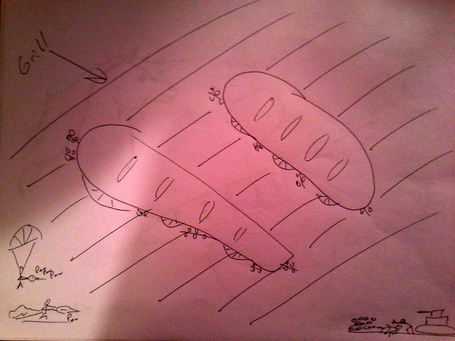 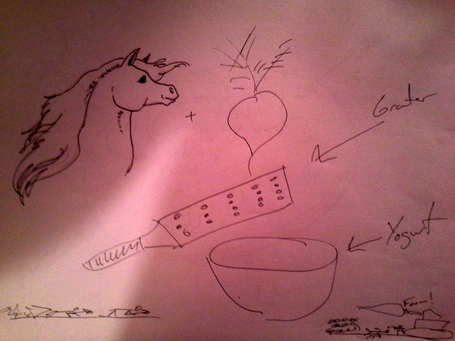 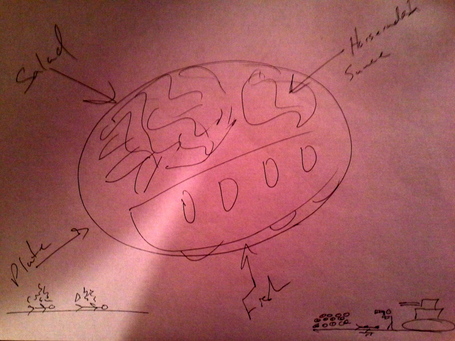 My salad dressing of choice for this is a simple champagne vinaigrette: olive oil, champagne vinegar, salt and pepper, taste, correct.

Most chef's will substitute crème fraîche for yogurt in my possibly original but likely copy of a traditional dish. That's for the better. The problem is that really good crème fraîche is not easily available commercially. Sour cream is the best you can usually do but one of the hallmarks of crème fraîche is that to be good it must remain fraîche. Attempts at freezing or otherwise preserving yield a lesser product.

You can easily make your own. Blend one to two tablespoons of cultured buttermilk to two cups of heavy cream, make lukewarm in a saucepot and then let stand for twenty-four hours. Done.

Make you nervous about bacterial growth, disease, and death? Me too. I eat it all the time when I go out for dinner, but somehow I feel better when a chef leaves his dairy out for longer than recommended by the FDA than when I do it. So I stick to yogurt. Also, if you ever write about food, you'll learn to hate crème fraîche. Always dropping the symbols menu for the right accent mark when typing. You're spoiled milk. Quit putting on airs.

So, again, this is not what I assumed I would be posting right before the Florida game. But it is what it is. Early assumptions about how things would shape up take a back seat to reality. And while it might not be highlight material, it offers up a winning recipe. Besides, assumptions make an ass out of u and umptions. Google tells me that assumptions line came from a movie called The Long Kiss Goodnight but I've never seen that movie. Looks like I just Leibnized another one.