Who has the best chances of beating Alabama?

Alabama has made it through 1/3 of the season without a blemish on their record. This is not a spectacular feat and even the most negative fans did not expect the Crimson Tide to have a loss at this point in the season. Alabama has won these games by a combined score of 168-56 and has only gotten better as the season has progressed. They have beaten two relatively quality opponents in West Virginia and Florida and have steamrolled the cupcakes (FAU and Southern Miss).

So, as we take a break during the first bye week of the season, let's assess the threats the remaining opponents pose to the Tide. My patented threat level index is a 1-10 ratings system in which 1 represents no possibility of defeat for Alabama and 10 represents a very high possibility of a loss.

Alabama travels to Oxford the week after the bye. To me, the bye week is a crucial factor in determining Alabama's chances of winning this game. The bye week gives the players a chance to take a break and gives injured players (looking at you, Jarrick Williams) the chance to recover and hopefully get on the field.

Ole Miss is 3-0 this season and has looked impressive against Boise State, Vanderbilt, and Louisiana-Lafayette. After Dr. Bo Wallace threw three picks in the first half against Boise State, he has put up impressive numbers including a 75.5% completion rate. The offense has been firing on all cylinders in the past two games and the defense has been stout against less than stellar competition.

This game will be an opportunity for the Rebels to make a statement on the national stage. They will more than likely be ranked in the top 10 for this game and College Gameday will be coming to Oxford for the first time ever (crazy, right?). This game certainly poses a threat for Alabama, but if Blake Sims, Amari Cooper, and the three-headed monster of a rushing attack can keep up the pace they have set so far, I have a tough time seeing Ole Miss pulling off the upset here.

Arkansas has looked decent this year after the shellacking they took from Auburn the first game of the season. Bret Bielema's squad got a decent win on the road against Texas Tech and has beaten up on the rest of their opponents.

Despite their successes, Arkansas plays right into the hands of Alabama. Bielema's B1G offense relies on running backs, including the sensational Alex Collins, to set the pace for the game. I don't see how Kirby Smart will have a tough time finding ways to stop Arkansas's running game. Despite the low threat level, this game could get a whole lot more interesting if Arkansas finds a way to pull off a huge upset of Texas A&M at home this weekend.

Game of the Century Part II?

Texas A&M has looked very impressive this year. They shocked the world by absolutely dismantling South Carolina on the first Thursday night of the season. The Aggies have beaten up on the other three cupcakes they have played so far (Lamar, Rice, and SMU). Texas A&M was strangely outgained in a 38-10 win over Rice, but the Aggies have looked downright nasty on offense with quarterback Kenny Hill stepping in for JFF and not missing a beat.

Texas A&M faces a rather difficult stretch in the three games leading up to their showdown with the Tide (Arkansas, at Miss. St, Ole Miss), but I see them being undefeated when they roll in to Tuscaloosa. This could potentially be a matchup of two top 5 teams and Alabama, as we all know, has not had the easiest time with the Aggies since they've joined the SEC.

Fortunately, Alabama plays this game at home and Texas A&M isn't exactly dominating on the defensive side of the ball. Still, it's hard not to be afraid of this offense. The games against the schools from Mississippi will show how good Texas A&M is, but I see Texas A&M being one of the teams that could potentially give Alabama their first loss of the season.

The Third Saturday in October matchup, obviously played on the fourth Saturday in October, has recently been a lot of fun for the Tide. Alabama has won 7 games in a row against the Vols and none of them have been close (with one exception).

Tennessee is a team that many believe to be on the rise with an influx of talent being brought to Knoxville by head coach Butch Jones. The Vols have looked OK this season with wins over Utah State and Arkansas State and a loss to Oklahoma in which they had no real shot at ever winning the game.

Tennessee has a lot to prove if they want to increase the threat level score. With games against Georgia and Ole Miss before the Alabama game, they can do just that. But, the Vols have new starters across the offensive and defensive line, and every time I picture this game I see Derrick Henry and T.J. Yeldon doing bad things to the guys in orange. 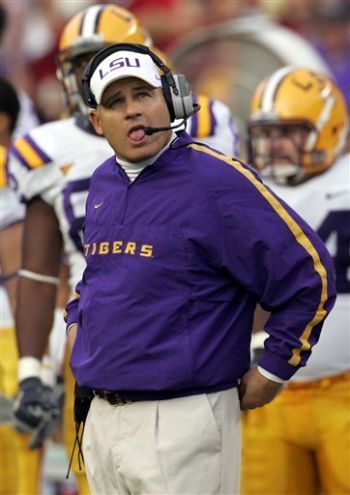 Tiger Stadium on a Saturday is never fun. As the Mad Hatter said, Death Valley is where "opponents' dreams come to die." Hopefully, the Tide's dreams of the college football playoff will still be alive when they make the trip to Baton Rouge on November 8.

The Alabama-LSU rivalry has been the premier college football rivalry for the last 5 years, at least. These games have been close year in and year out and always feature the Tide and Tigers as two highly-ranked teams. This year will probably prove to be no exception.

At this point in the season, though, I don't know what to make of LSU. They emerged victorious after a tough game against Wisconsin (the premier B1G team?). They seemed to be a tough team and a possible SEC West champion after the Wisconsin game, but then they got stomped around by Mississippi State at home. LSU has games against Auburn, Florida, and Ole Miss before November 8. If they manage to win two or three of those games, they will certainly be a highly ranked team. If they lose two or all three of those games, they stand the chance of being unranked.

Either way, this game always seems to be close. LSU has an absolute beast at running back by the name of Leonard Fournette. It will be interesting to see how the quarterback situation plays out, and it looks like a quarterback battle may be emerging yet again. Alabama is coming off a bye week which never hurts. Expect this game to be a tough match-up no matter where LSU is ranked on November 8.

Mississippi State looked good in its first three games of the season, but the Bulldogs really rocked the SEC by dismantling LSU in Baton Rouge. I don't think many people were taking Miss. St. very seriously before the LSU game, but after last weekend, Dan Mullen's team is starting to make some heads turn.

Mississippi State's season can go one of two ways at this point. With games against Texas A&M, Auburn, and Arkansas before they come to Tuscaloosa, they could prove to be an interesting matchup. Or, they could lose all three of those games and become the Miss. St. we're used to. A lot is riding on the production of QB Dak Prescott and a defense that has looked great at times and has given up 34 points to UAB at home. 34 points. UAB.

Tough to assess the threat of the Bulldogs at this point in the season. This game falls in classic trap game territory coming after LSU. Despite the win over LSU, I don't think Miss. St. has proven themselves to be real threats in the West, and I can't see Alabama standing a real threat of losing this game at home. 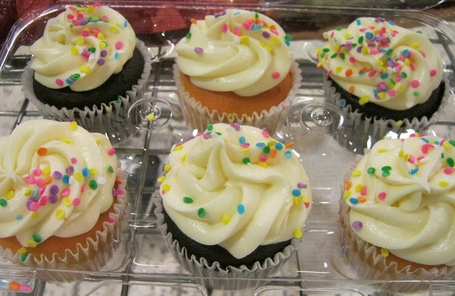 There's not much that needs to be said about the potential enormity of this game. At the least, the Tide and Tigers will come into this game ranked. At the most, the game could look exactly like last year with the possibility of the loser being left out of the College Football Playoff and the winner heading to Atlanta.

Auburn looked like it hadn't missed a beat after destroying Arkansas and San Jose State. But then, they stepped into Manhattan, Kansas and escaped with a win against Kansas State. Kansas State showed that a team can stop the vaunted Auburn rushing attack. Against Kansas State Nick Marshall showed that he hasn't improved that much in the passing game, and super-hyped JUCO transfer D'haquille Williams didn't look as dominant as some thought he would be.

Auburn has arguably the toughest schedule in the country. Before coming to Tuscaloosa, the Tigers will play LSU, Miss. St., South Carolina, Ole Miss, Texas A&M, and Georgia. Whew. In reality, I don't see Auburn coming into Tuscaloosa undefeated unless the luck they had last year multiplies exponentially. But, who knows with Auburn at this point?

Saban and Smart will have a tough time stopping Gus Malzahn's offense whether Auburn is undefeated or not on November 29. If last year proved anything, it's that the Alabama defense is going to have to step up in a big way if the Tide wants to come out victorious in the Iron Bowl. The Crimson Tide offense has set a blistering pace so far this year which could definitely help take some of the burden off the defense.

No matter what the record of either team is before this game, the Iron Bowl will be a tough game with a huge narrative (retribution, never again, etc.). That said, this game poses, in my eyes, poses the biggest threat for an Alabama loss this season.

Needless to say, I have high expectations for the Crimson Tide at this point. I am completely in awe of the offense up to this point, like I'm sure most of you are, and I can only hope that we continue to see improvement. The defense has a long way to go, but if the Florida game was any sign, they are undoubtedly shaping up to be a classic Bama defense. Speculation aside, I can't wait for the rest of the season and am sad to see the first third of the season pass us by in the blink of an eye. Roll Tide!