Week 7 Poll Review: ARE YOU NOT ENTERTAINED?!

Share All sharing options for: Week 7 Poll Review: ARE YOU NOT ENTERTAINED?! 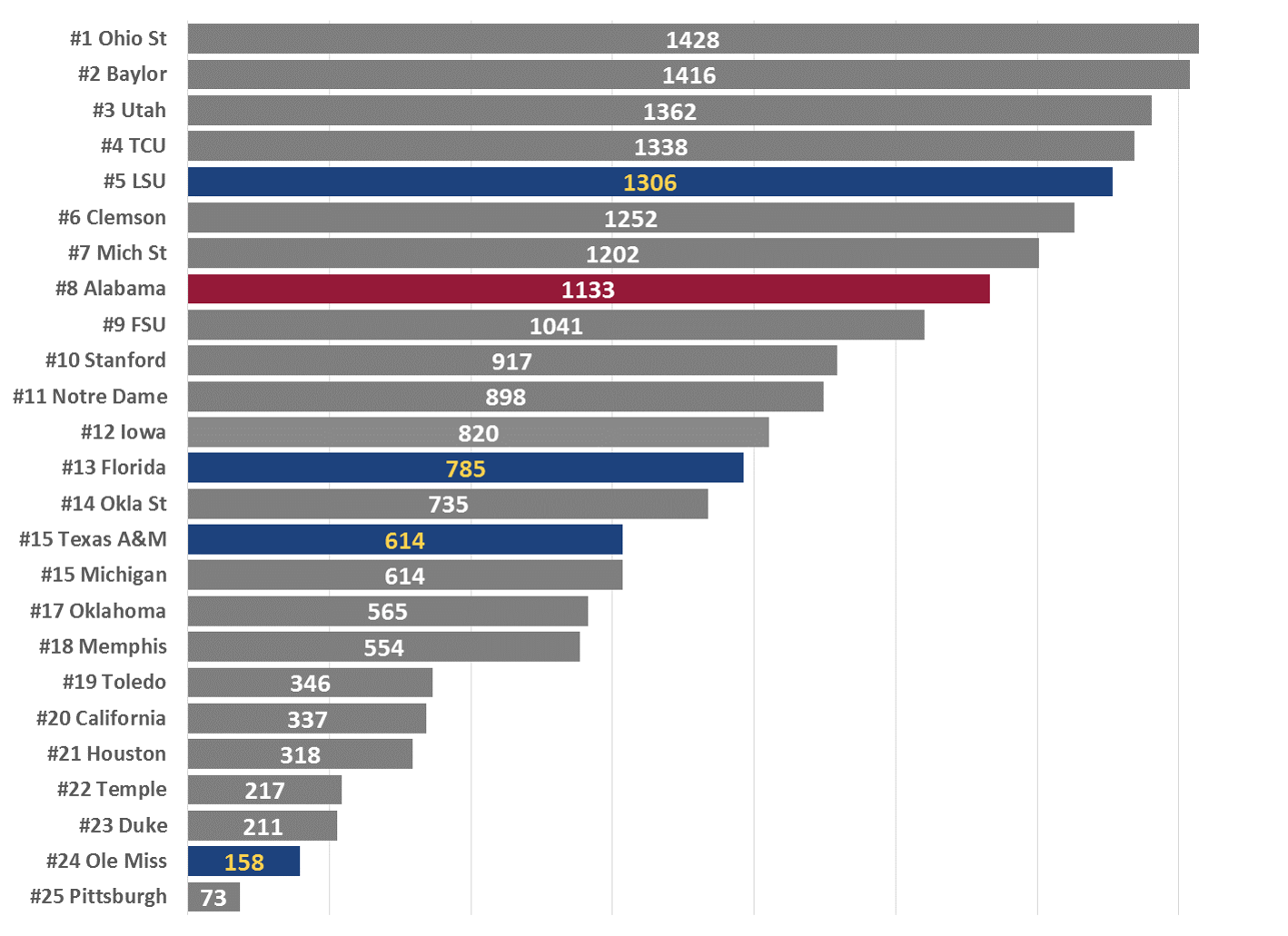 Utah keeps riding their Oregon win and gaining traction. The Utes have 16 first-place votes, but someone needs to explain to me how the #3 team in the country is an underdog to an unranked .500 USC team this weekend. They have wins over #15 Michigan and #20 Cal, and they don't have any other currently-ranked teams on their schedule until the Pac-12 title game.

TCU fell from #3 to #4 after their win over Iowa State, but the Horned Frogs still have to play West Virginia, at #14 Oklahoma State, at #17 Oklahoma, and #2 Baylor.

Michigan State remains at #7 after a miracle win over Michigan. They get Nebraska on November 7 and Ohio State two weeks later.

For the first time since 1979, two teams from Pennsylvania are ranked and neither are named Penn State (#22 Temple, #25 Pittsburgh).

The SEC is holding steady with 5 teams in the Top 25. Ole Miss is at #24 after losing to Memphis and will find themselves out of the Top 25 if they lose to Texas A&M this week.

Bama in the AP 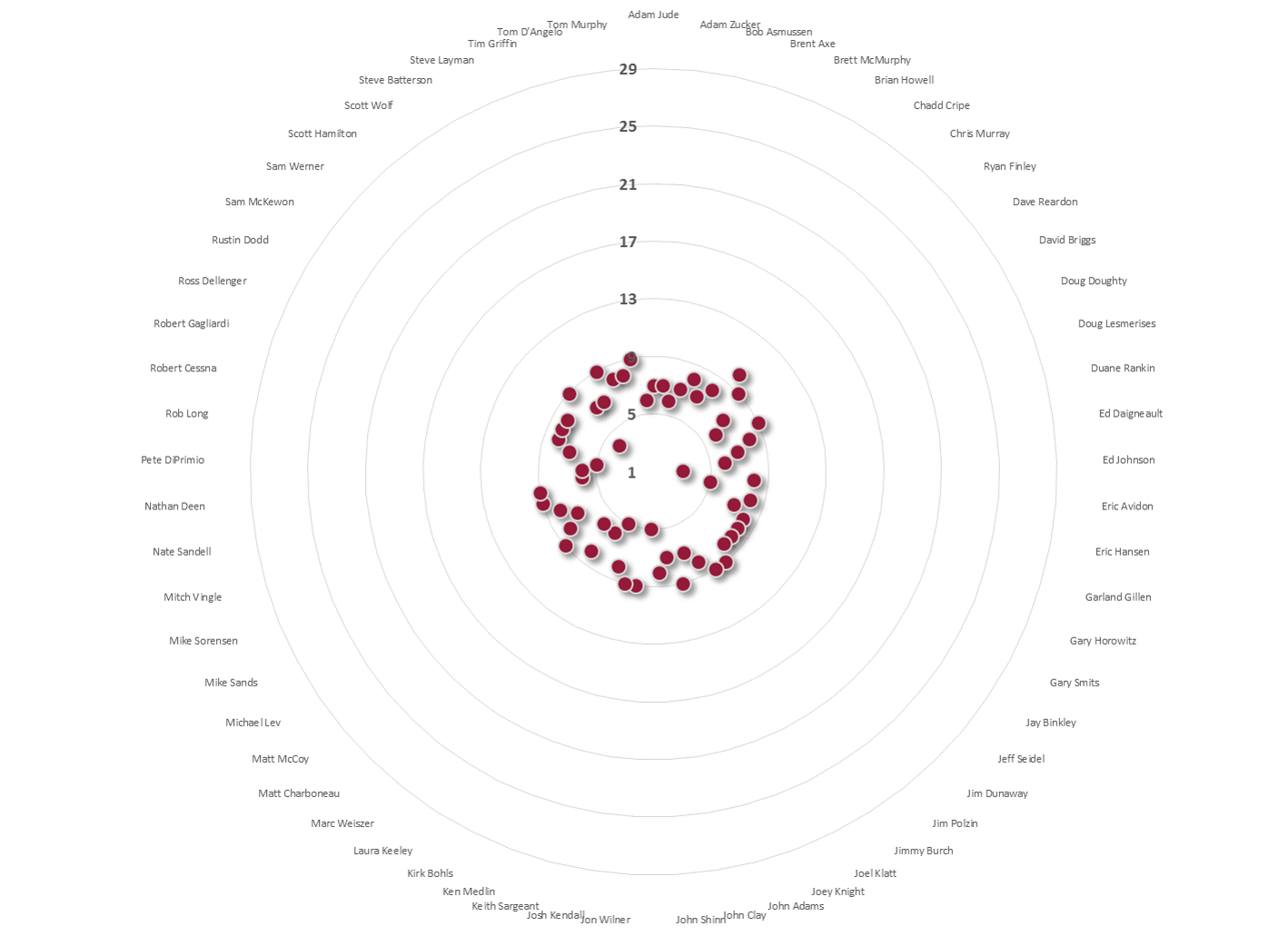 The Tide left Kyle Field with an 18-point road win over a Top 10 team, but 20 of the 61 AP voters either didn't move Alabama or ranked them lower than last week:

Chris Murray gave Bama their worst ranking...for the 4th week in a row.

The good news is that two voters already have Bama in their Top 4: Ed Johnson ranked Bama #3 and Sam McKewon has Bama at #4. 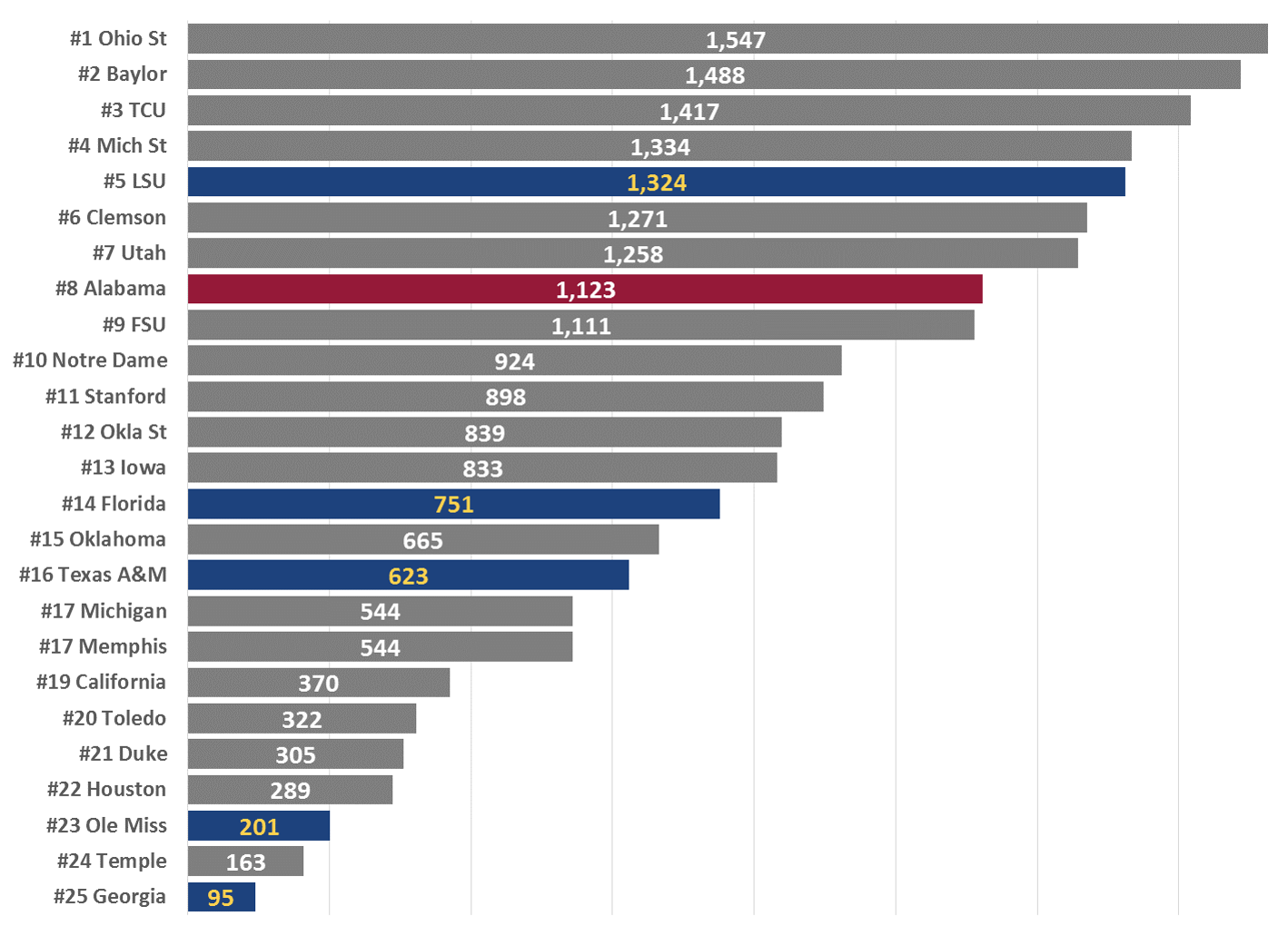 Georgia sneaked back into the Coaches Top 25 with a 9-6 "win" over Missouri.

Averaging each team's ranking across 55 sources from the Massey index gives us this Top 5: 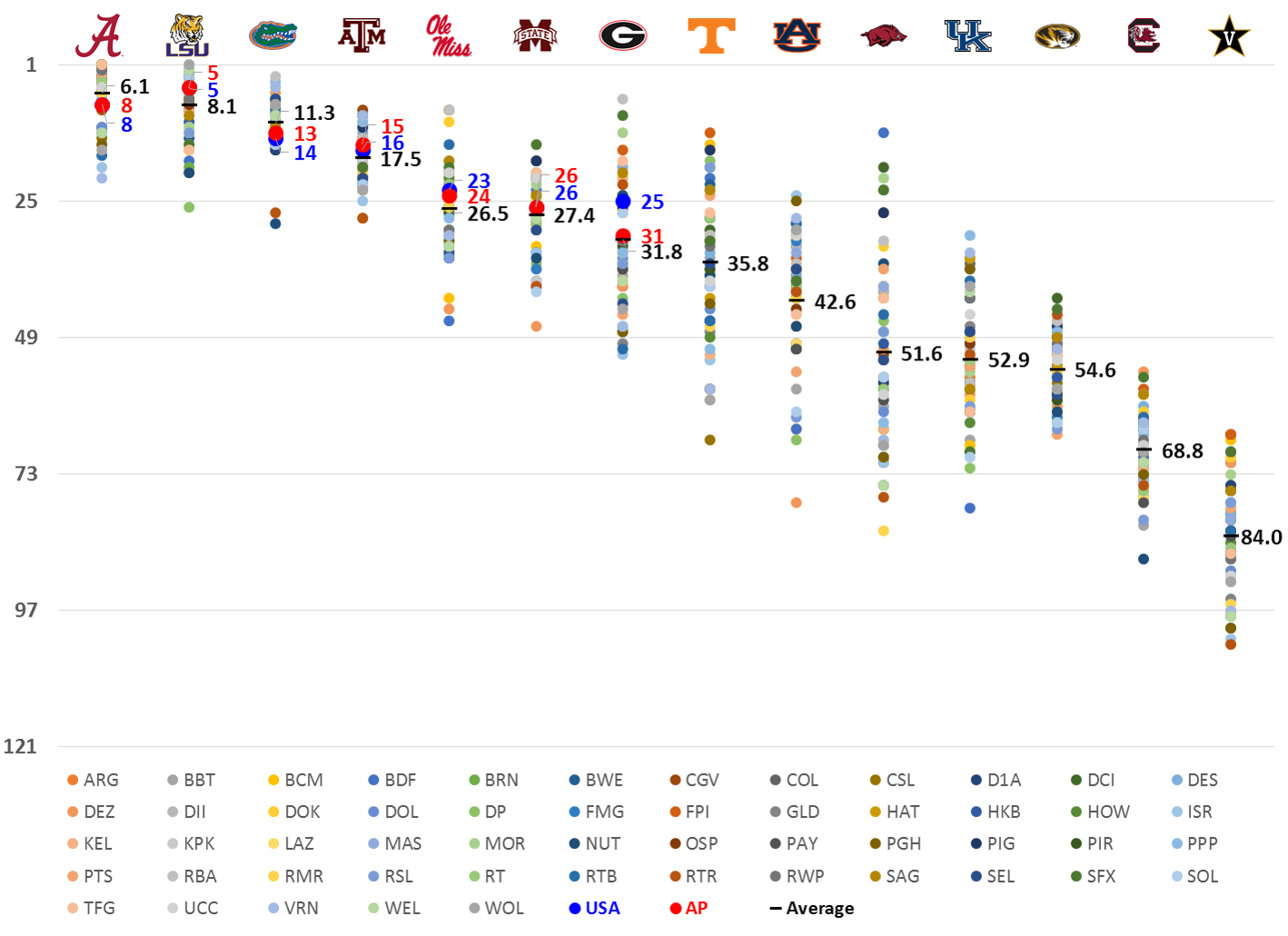 Throughout the season, the computer average has warned when the human polls were wrong about a team, and now they're saying that #8 Alabama should be closer to #6 and #5 LSU should be #8. We'll see who's right when LSU visits Tuscaloosa on November 7.

Alabama is #1 in eight sources' rankings. Vern has the Tide at #21.