In which Bama drops 8 spots after beating Georgia

Florida blew out Ole Miss who barely beat Alabama, who blew out Georgia, but it's never that simple. 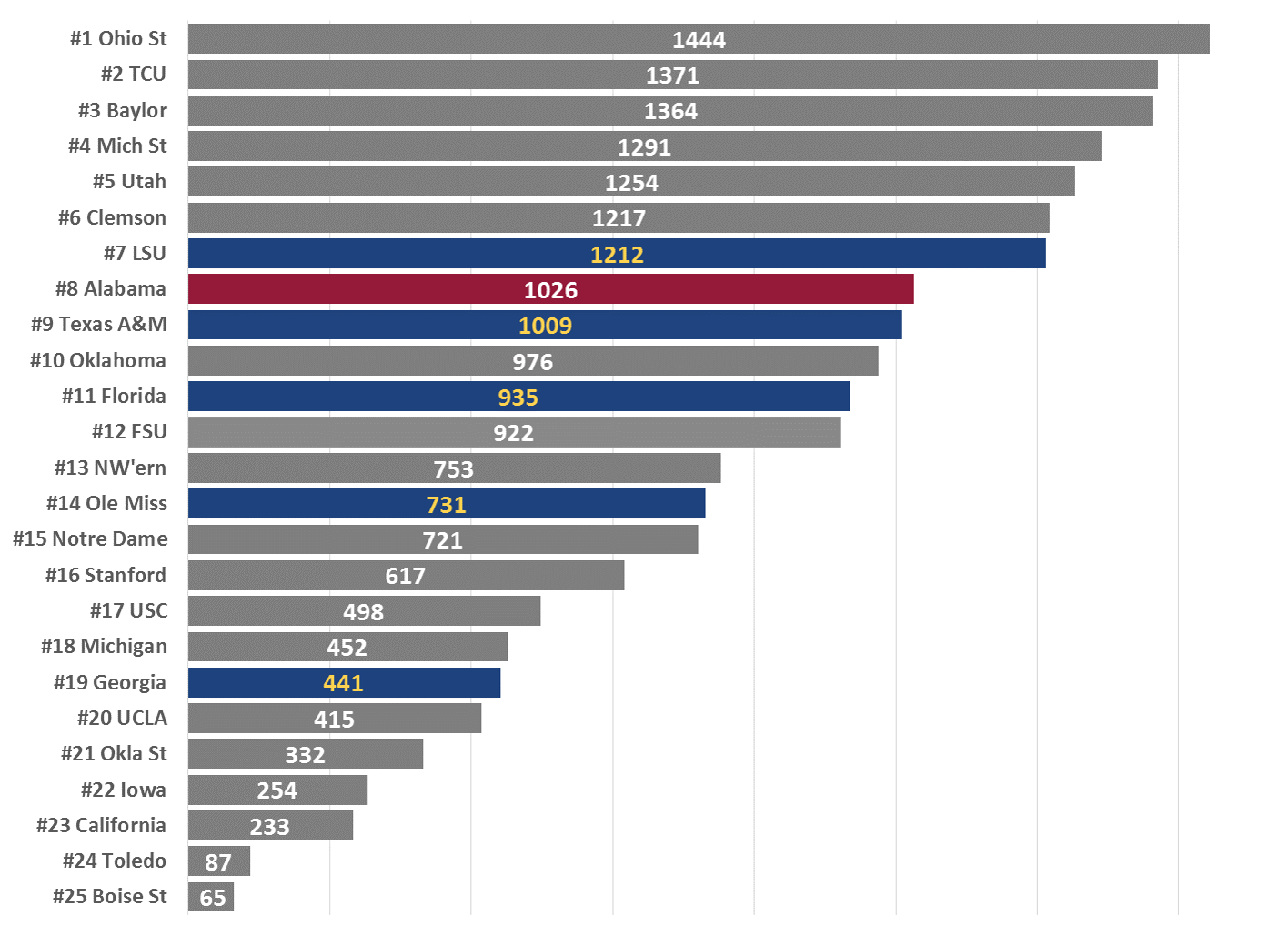 Michigan State fell from #2 to #4 after looking supremely average against Purdue; now TCU and Baylor are virtually tied at #2.

Four FCS teams have played a tougher schedule so far than TCU has. Nine have had a tougher road than Baylor.

The highest-ranked SEC team is LSU at #7, but it's early to be worried about the SEC missing the playoffs just yet. The picture will clear after the regular season playoff in November: #1 Ohio State vs #4 Michigan State on November 21 and #2 TCU vs #3 Baylor on November 27.

#6 Clemson and #12 Notre Dame have swapped spots after their game. UCLA fell from #7 to #20 after losing at home to Arizona State. Wisconsin dropped out after managing to score just six points against Iowa; now the Hawkeyes are in the Top 25 for the first time in five years, which will surely get Kirk Ferentz the raise and extension he deserves.. 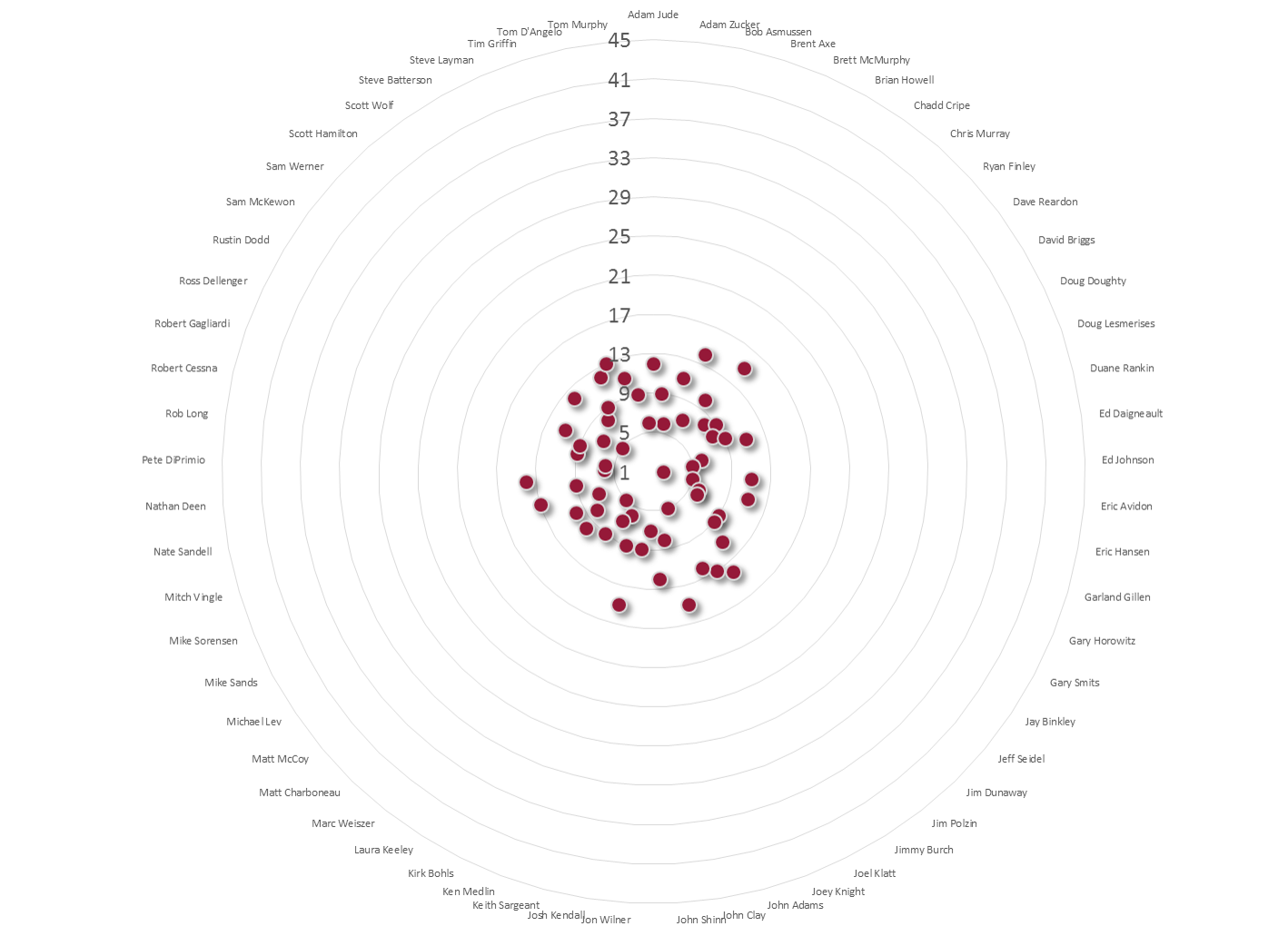 Mitch Vingle dropped Alabama further for beating Georgia than he did for losing to Ole Miss.

Four AP voters ranked Alabama lower this week than last week. Three voters dropped us one spot; one dropped us two, but the writer from the Charleston Gazette-Mail had 'Bama higher than any other AP voter last week then dropped the Tide from #5 to #13--eight spots!--after The Washout in Athens. The insanity is illustrated below.

Adam Jude, Brett McMurphy, Doug Lesmerises, Eric Avidon, Steve Batterson and Tom Griffin did not move Alabama up or down after the dominating performance against Georgia. 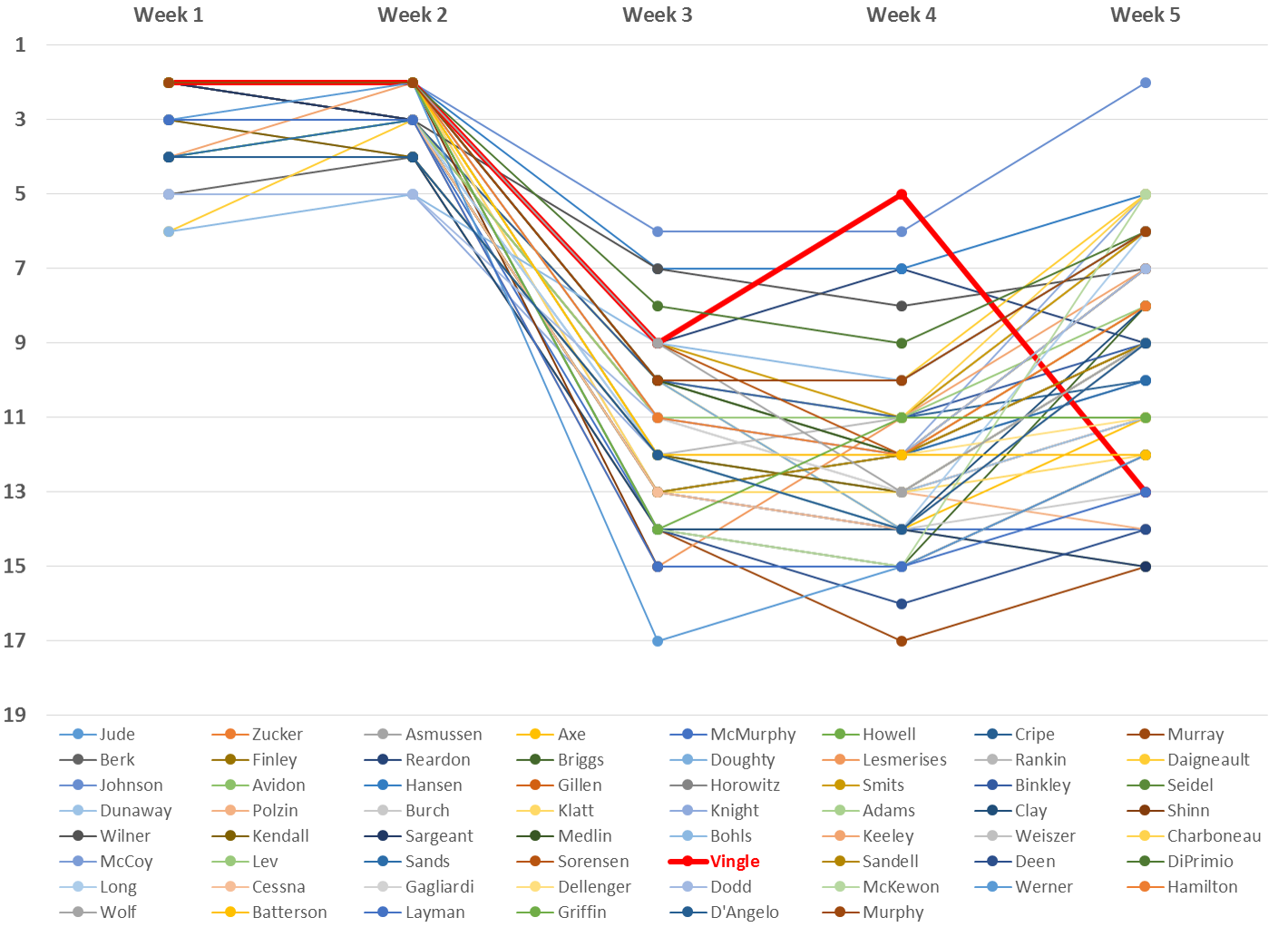 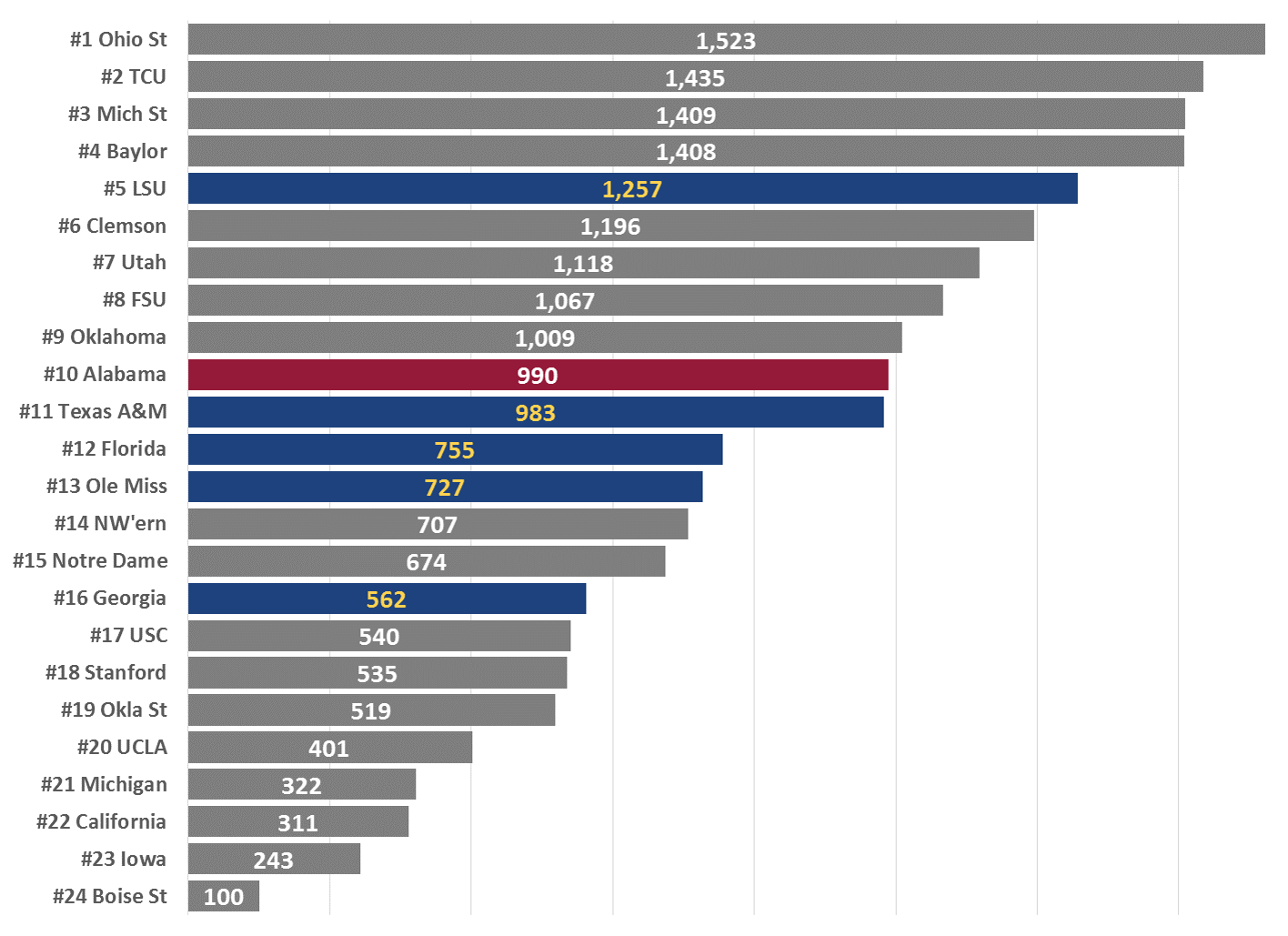 I'm kinda tired of talking about the Coaches Poll. It's a dumb concept, the ballots aren't public and it means nothing. 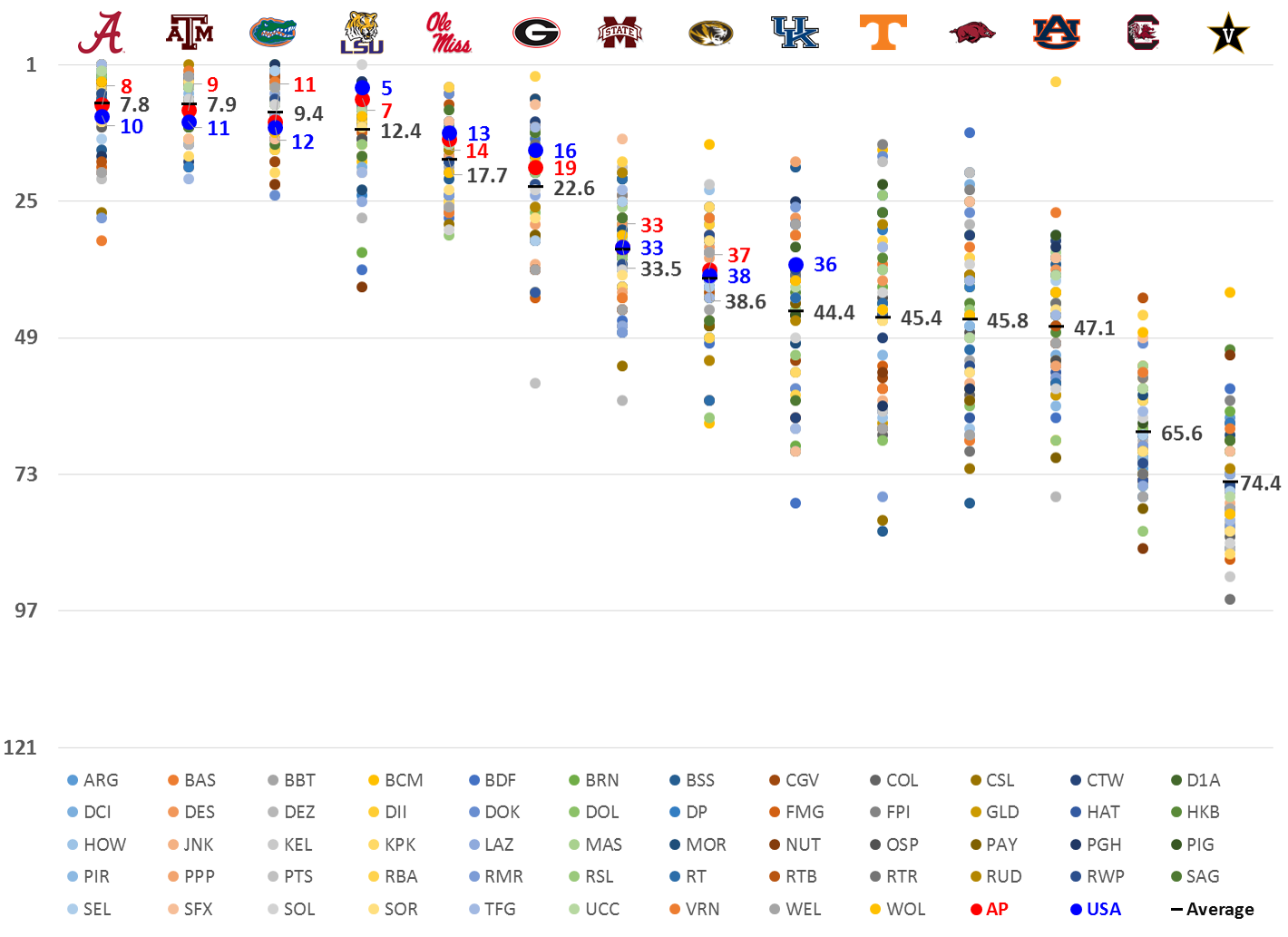 Alabama is once again the highest-ranked SEC team in the Massey composite.

The Tempo-Free Gridiron Regression Based rankings have Auburn #4 in the country.

Alabama in the Computer Rankings 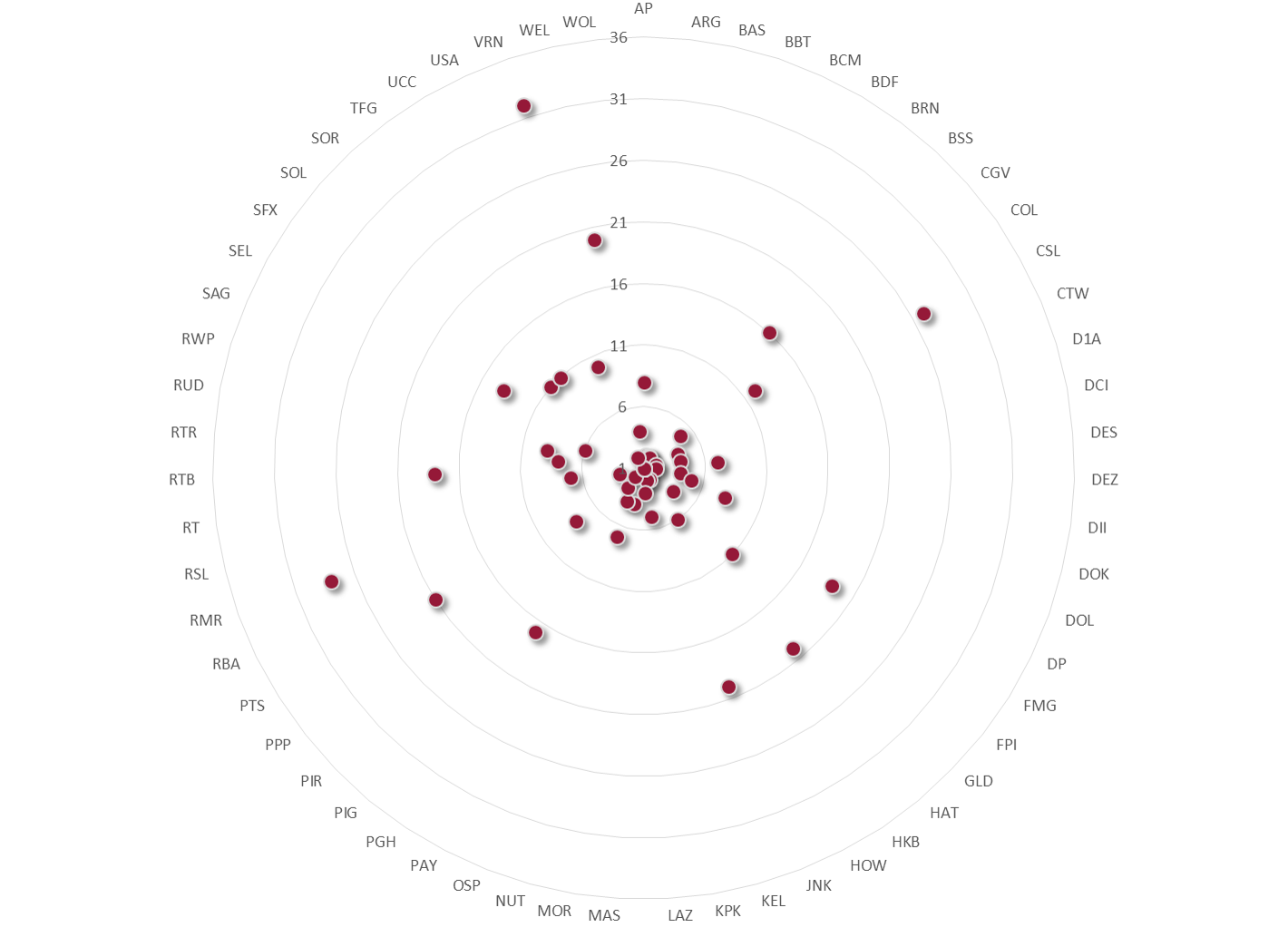