Greetings my fellow Bama fans. I know. It's been awhile. I've been a bit scarce around these parts since I hung up my blogging spurs. Gainful employment really puts a kink in one's social life. But be assured my love for Alabama football has diminished not a whit.

So what's up? Is this my grand return to what your fearless leader refers to as "bloglyfe?" Sadly, no. This is, instead, a way I'm going to give back a little bit. I found that I had collected a nice little pile of nifty stuff in the course of my researches for posts on Roll Bama Roll. Some of it is just taking up space on my hard drive, some of it is long unused links to stuff other folks have made available.

So, over the course of the off season, I'll be dropping by from time to time to unload a heaping helping of gumpy goodness for y'all. It's free so peruse and enjoy. My one suggestion is that if any of this that you are interested in is downloadable, it might behoove you to do so before it disappears. 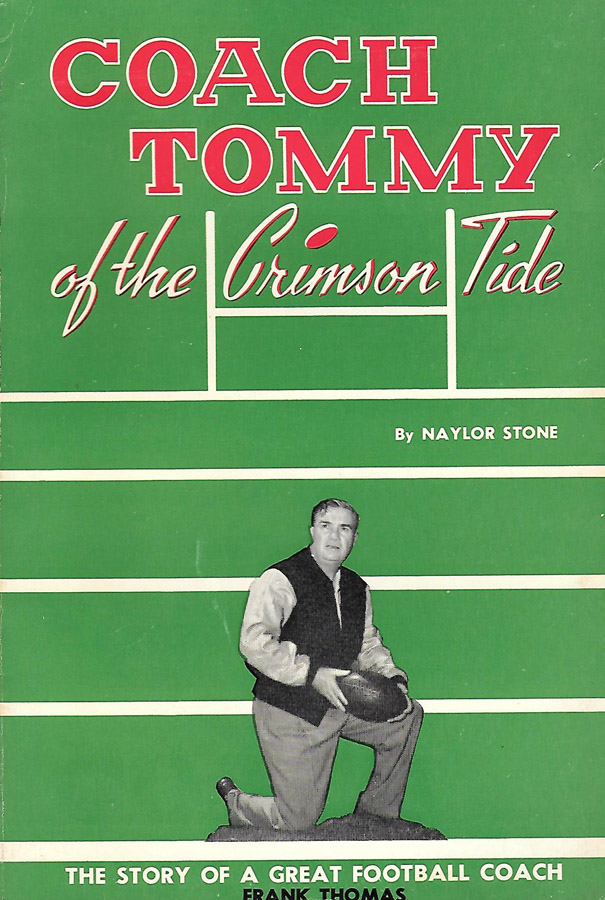 I always feel a little sad when I visit the Walk of Champions on gameday and there's almost never anyone at the statue of Frank Thomas. That's an enormous shame because what Alabama football is today is directly due to his tenure at the Capstone. Wallace Wade brought Alabama football to national prominence but it was Thomas that made the program a permanent power in the sport.

One reason Thomas is so overlooked is there is very little available out there for the regular fan to learn about him. These days his time as head coach is lucky to get half a chapter in a book on the team's history. And, as far as I know, there's just one biography about him, Naylor Stone's Coach Tommy of the Crimson Tide.

The book was written by the legendary Birmingham Post-Herald sports editor in 1954 shortly after Thomas' death. It's been out of print awhile and copies you might be able to find these days don't come cheap. Well, until today that is. Just click this link and you'll be able to read the story of the best coach Alabama ever had that you don't know the first thing about. 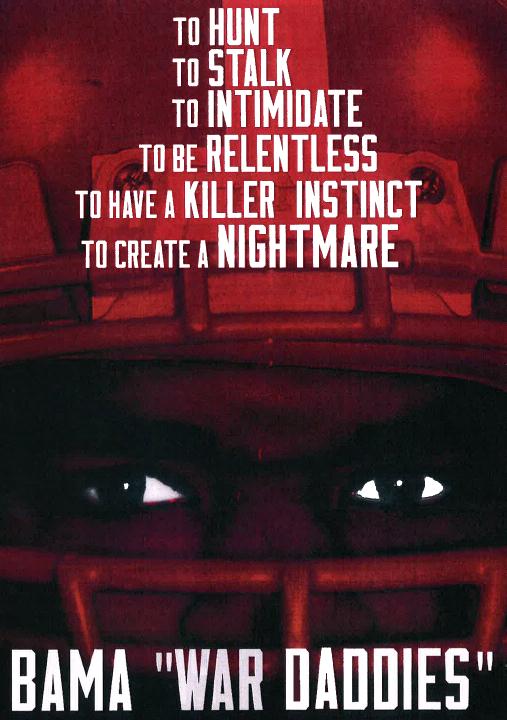 The likelihood any of us will ever be able to peer inside of the Alabama football machine and see how the glorious engine of destruction operates is slim to none. Which is a bit tragic because when you hear Nick Saban actually talk about football, it's always a fantastic experience. A few years ago, Brophy over at Cripes! Get back to fundamentals... gave us that glimpse inside the machine by making Saban's old playbooks available online. The post is still there. Some of the links work. Some don't. It's worth finding out which ones do.

So, now we are going through Alabama's Spring Practice it might be a good time to review the season that just passed and see if there's anything that might augur for the future. Yeah, there were a couple of unpleasant setback that kept the Tide from reaching the airy heights of success we've come to expect under Saban, but this team was easily one of the best liked by fans that I can recall in a long while. We saw the dawning of the age of Kiffin, an unexpectedly stellar season from a quarterback most underestimated in August and a return to the type of defense we love so much around these parts.

Remember this evening? Wasn't that a lot of fun?

If you poke around on these here interwebs long enough you can find pretty good versions of each 2014 game there for your viewing pleasure. I've collected these links into the chart below. You can also pop over here and download them for watching later on (they are mkv files viewable with a vlc player). As you might expect, there's no guarantee any of these will be available in the future so do what ya gotta before they are gone.

That's all for now. I'll try to pop in again in a week or two with some other goodies to tide you all over till Fall.