Five turnovers, an illegal pass and a miracle touchdown dropped the Tide 10 spots in this week's AP Top 25. The Big 10 holds the top two spots.

The narrative the first three weeks of the season has been that the SEC is down, but before the season it was that the Pac-12 is just as good, if not better than, the SEC. There are now three SEC teams in the AP Top 8, and the highest-ranked Pac-12 team is #9 UCLA. 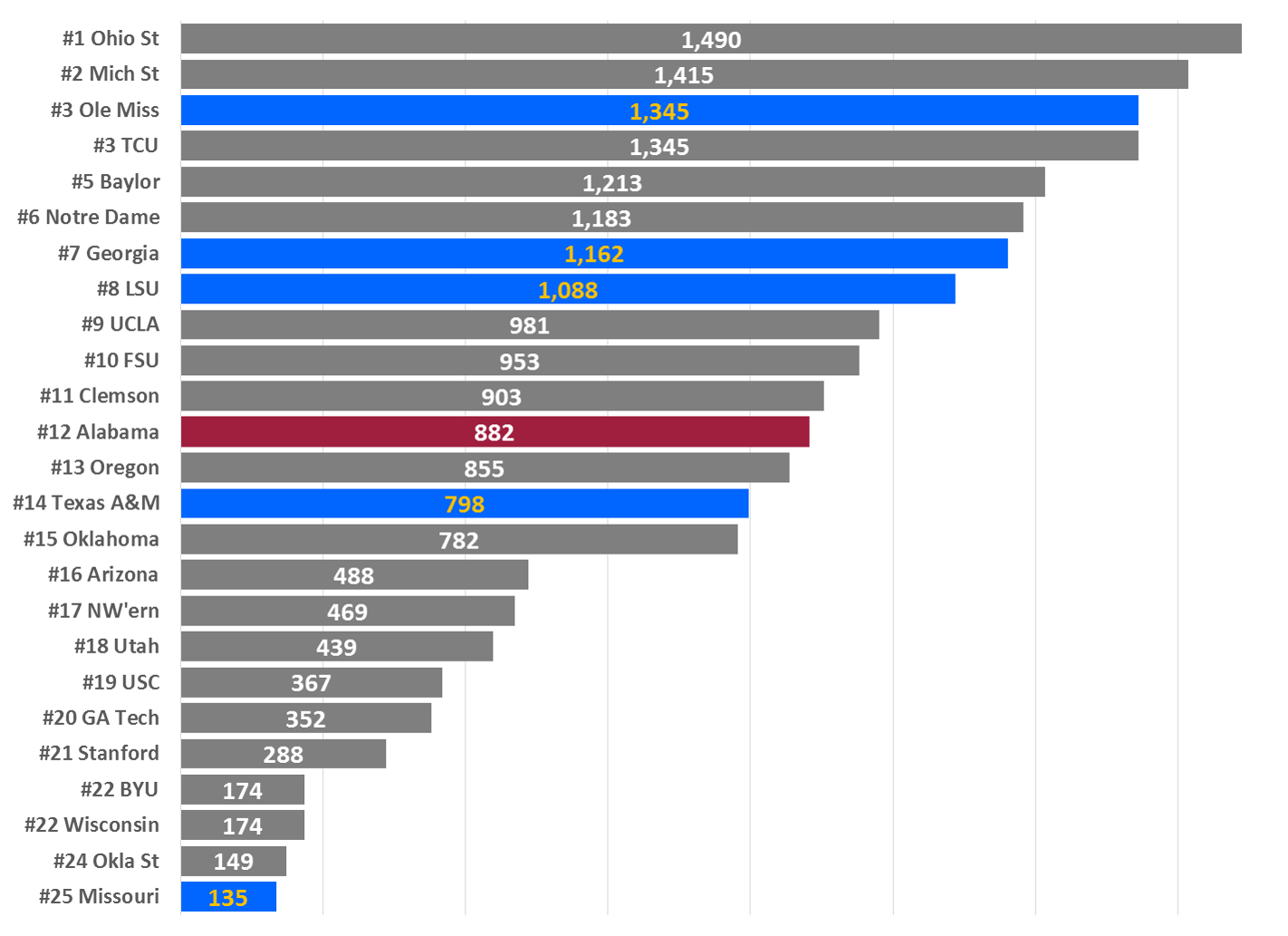 Who the hell is still voting for Auburn?! It's almost as if coaches don't care to waste their time watching games that have zero effect on their team to complete a ballot that has zero effect on the sport. Almost.

If the playoff started today using the Coaches Poll for seeding, it would be Big 10 vs Big 12 with two SEC teams on the outside looking in. 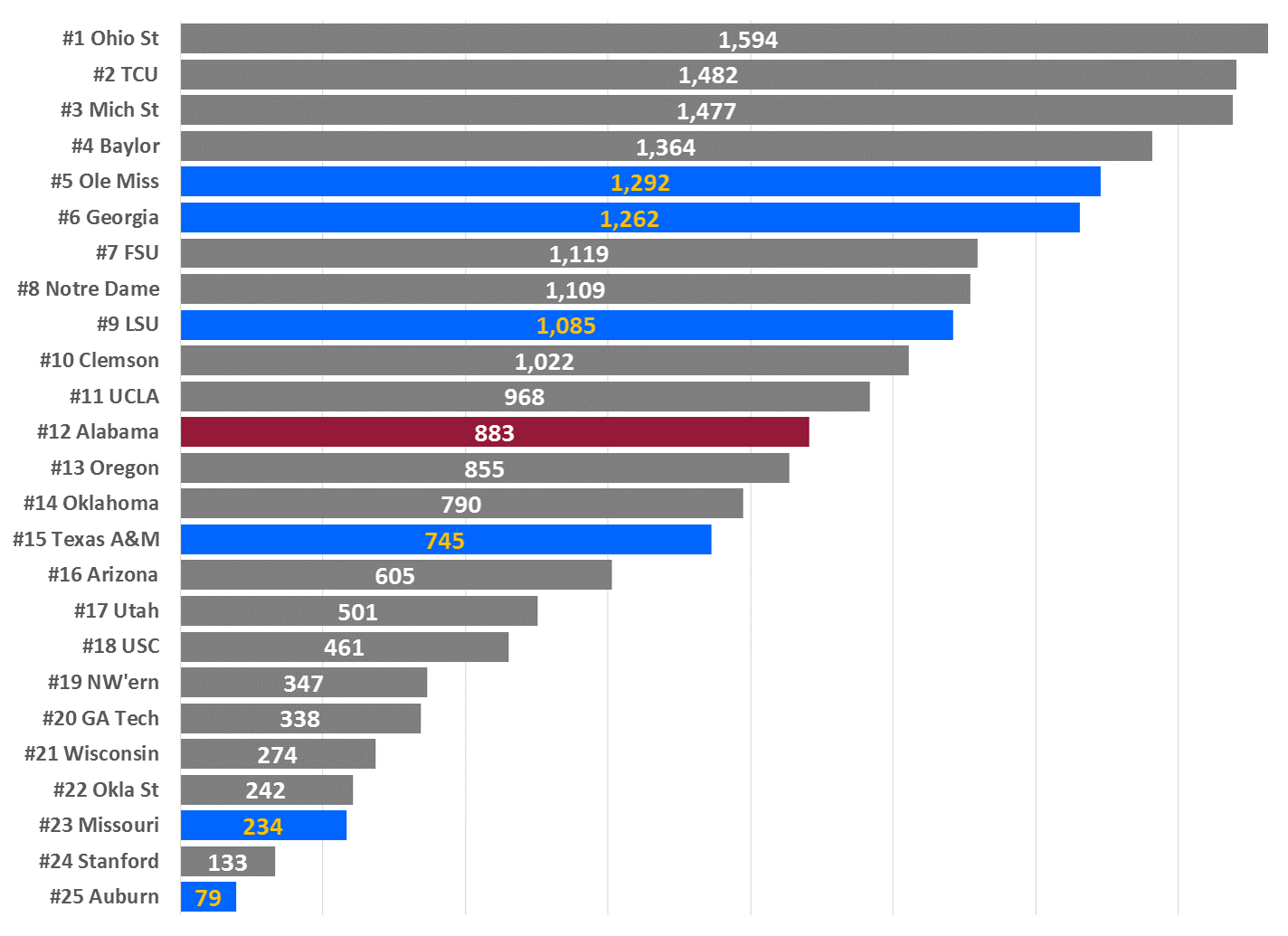 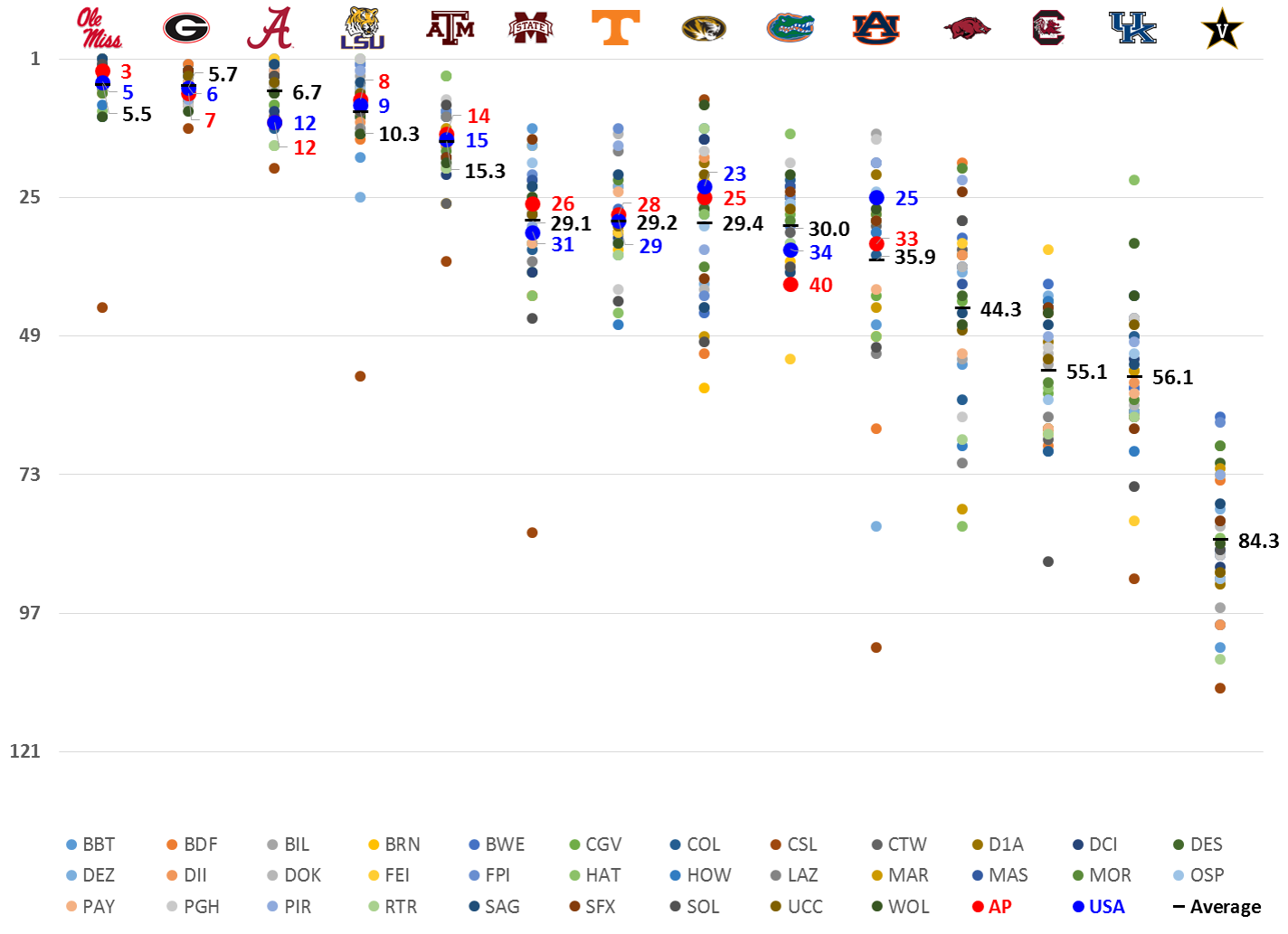 I don't know what formula CSL uses to crank out these rankings, but the team leading the country in scoring just beat the #2 team in the country on the road and CSL has them ranked #44.

Bama's Dynasty is Over, PAWL!

The Coaches and AP Voters overreacted to Bama's loss. I wrote two weeks ago that Auburn was severely overrated by the voters because the War Eagles had an average rank of 14.3 but were in the Top 7 in the human polls. By that same logic, the voters probably dropped Alabama too far after the 6-point loss to Ole Miss. The computers have Bama at #7 but the Tide is #12 in both human polls.

AP voters still have Auburn in their Top 25, including Bob Asmussen, who dropped them from #6 to #18. (Bob must be watching football a week behind everyone else.) 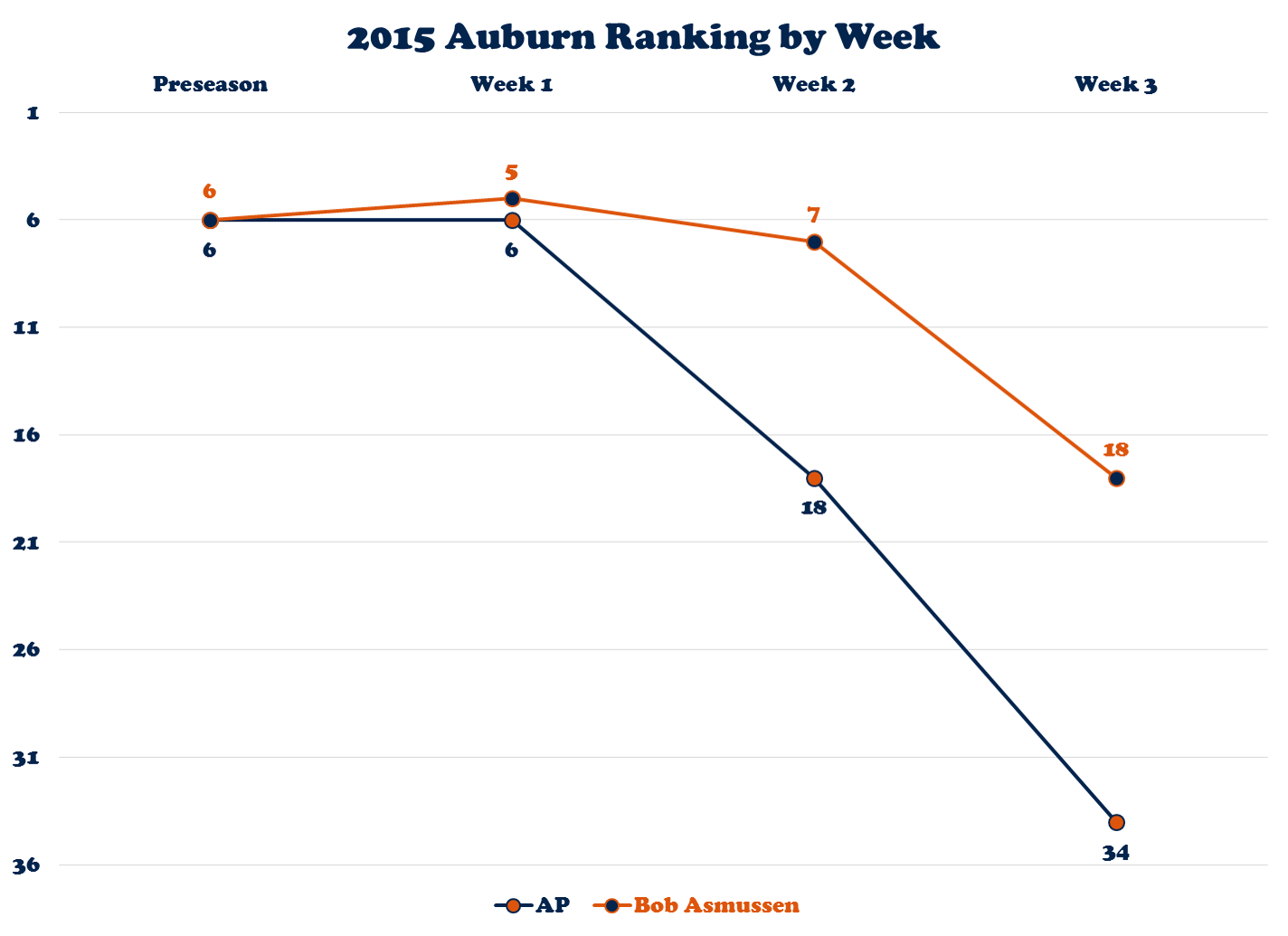 AP first-place votes for Michigan State, which continues to loosen Ohio State's hold on the #1 spot. Their meeting on November 21 could be The Game of the Century of the Year.

The highest ranking given to Missouri, by CSL.

AP first-place votes for Ole Miss, who is now the highest-ranked team in the SEC.