Central Michigan was within 7 points of #2 Michigan State going into the fourth quarter of their game Saturday. The Spartans scored 13 in the fourth to win by 20, but it cost them three first-place votes. The Big Ten remains 1-2 atop the poll.

Ole Miss only beat Vandy by 11 after only leading by 7 going into the fourth. It cost them one first-place vote, but they're still #3.

TCU needed a last-second tipped ball touchdown to outlast Texas Tech, and the Horned Frogs fell from a tie for #3 to #4.

UCLA beat then-#16 Arizona by 26 on the road and jumped from #9 to #7, and Utah canceled Duck Dynasty by beating then-#13 Oregon by six touchdowns, knocking Oregon out of the Top 25 for the first time since 2009 and promoting the Utes to #10.

But pollsters don't know how much credit Utah should get for beating an Oregon team that finds itself 2-2 with wins over FCS Eastern Washington and Georgia State. John Clay voted the Utes #1, but Ed Daigneault has them at #16. That makes Utah the first team to get a first-place vote and a double-digit vote four weeks into the season.

Kentucky knocked Missouri out of the Top 25, beating Auburn got Mississippi State back in, and Florida returns to the Top 25 after beating Tennessee. (Scott Wolf ranked Tennessee #22 but did not have Florida in his Top 25.)

Bama in the AP

Despite a rough first half on offense, Alabama pitched a shutout and beat ULM 34-0. It was enough for Mitch Vingle to jump the Tide from #9 to #5. But Chris Murray wasn't impressed and dropped Bama from #14 to #17. 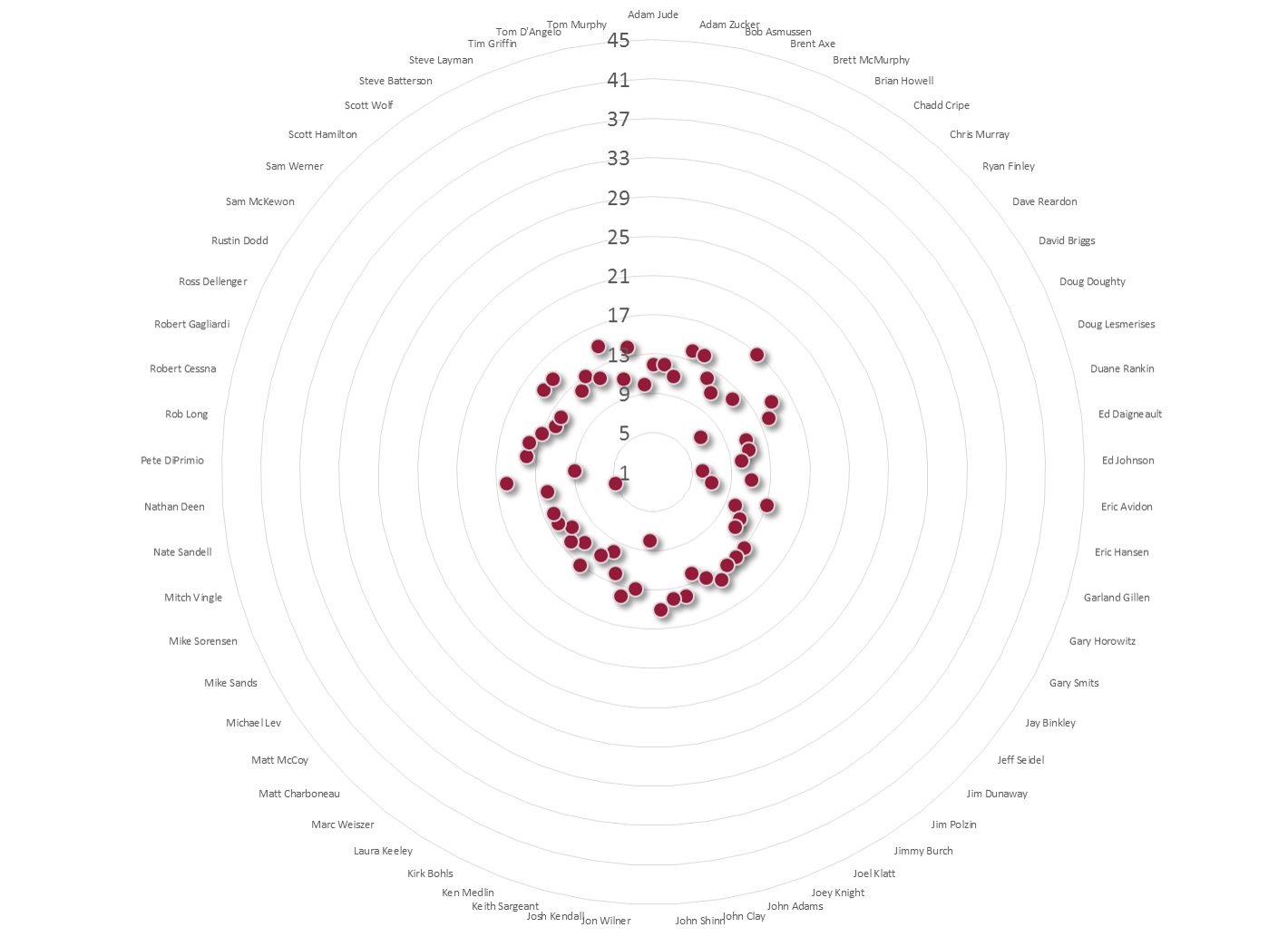 TCU and Michigan State swapped spots in this week's Coaches Poll. Florida and Mississippi State are back in, and someone's still voting for Auburn, who checks in at #38. 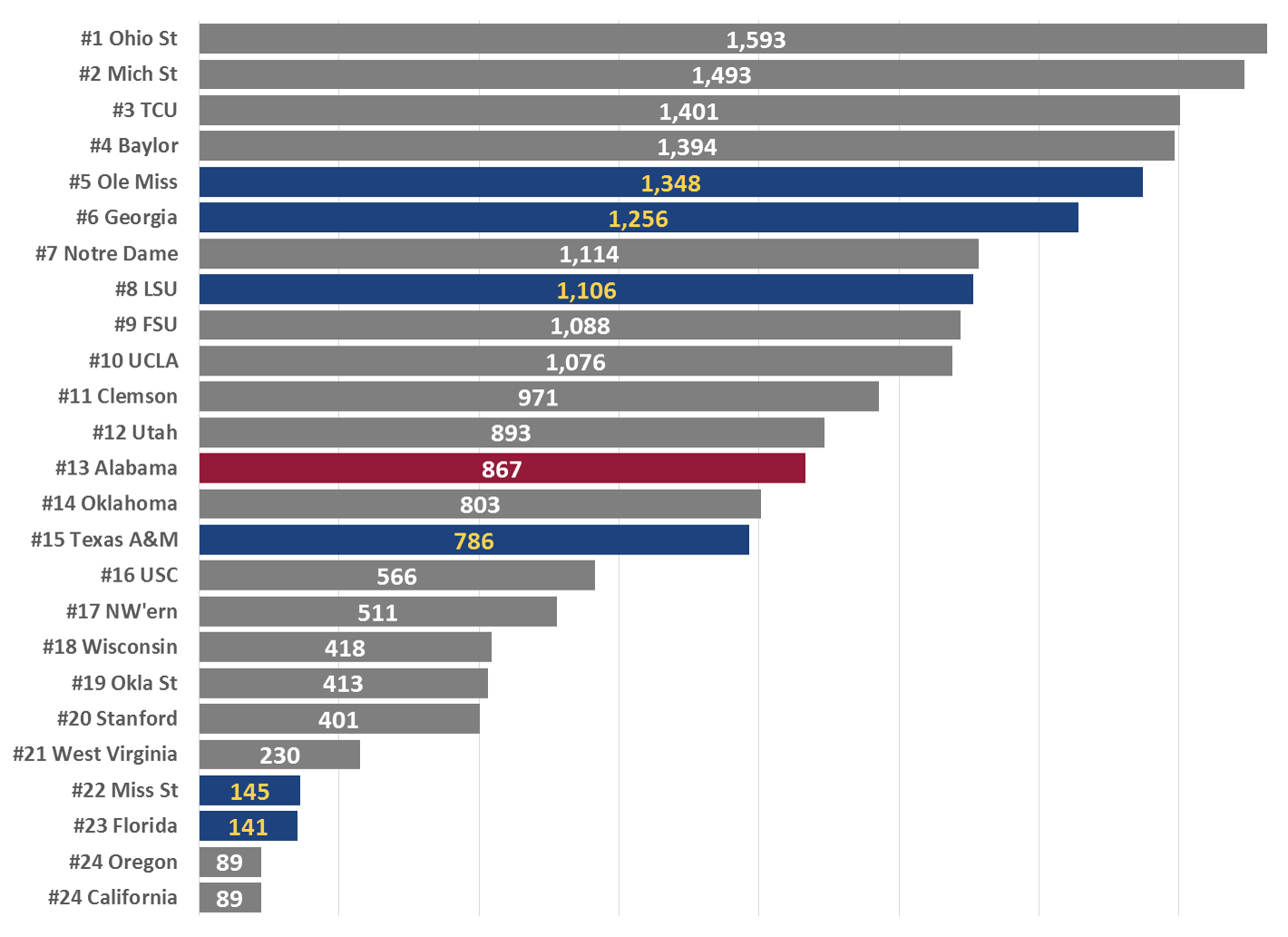 Combining 62 computer sources and the two major polls gives us the following Top 6:

Florida is now the sixth-highest ranked SEC team. Auburn is tenth in the conference, and Arkansas has fallen to 13th.

Twelve SEC teams are in at least one source's Top 25; only South Carolina and Vanderbilt are not. Florida finds itself ranked #1 in Vern's rankings, which may or may not be based on Jim Varney's Ernest Plays Football. Along with Ole Miss, Georgia, Alabama and LSU, Florida makes the fifth SEC team to be ranked #1 by someone.

The Regression-Based rankings (RBA) have Auburn ranked #6 because numbers mean nothing and football isn't real. 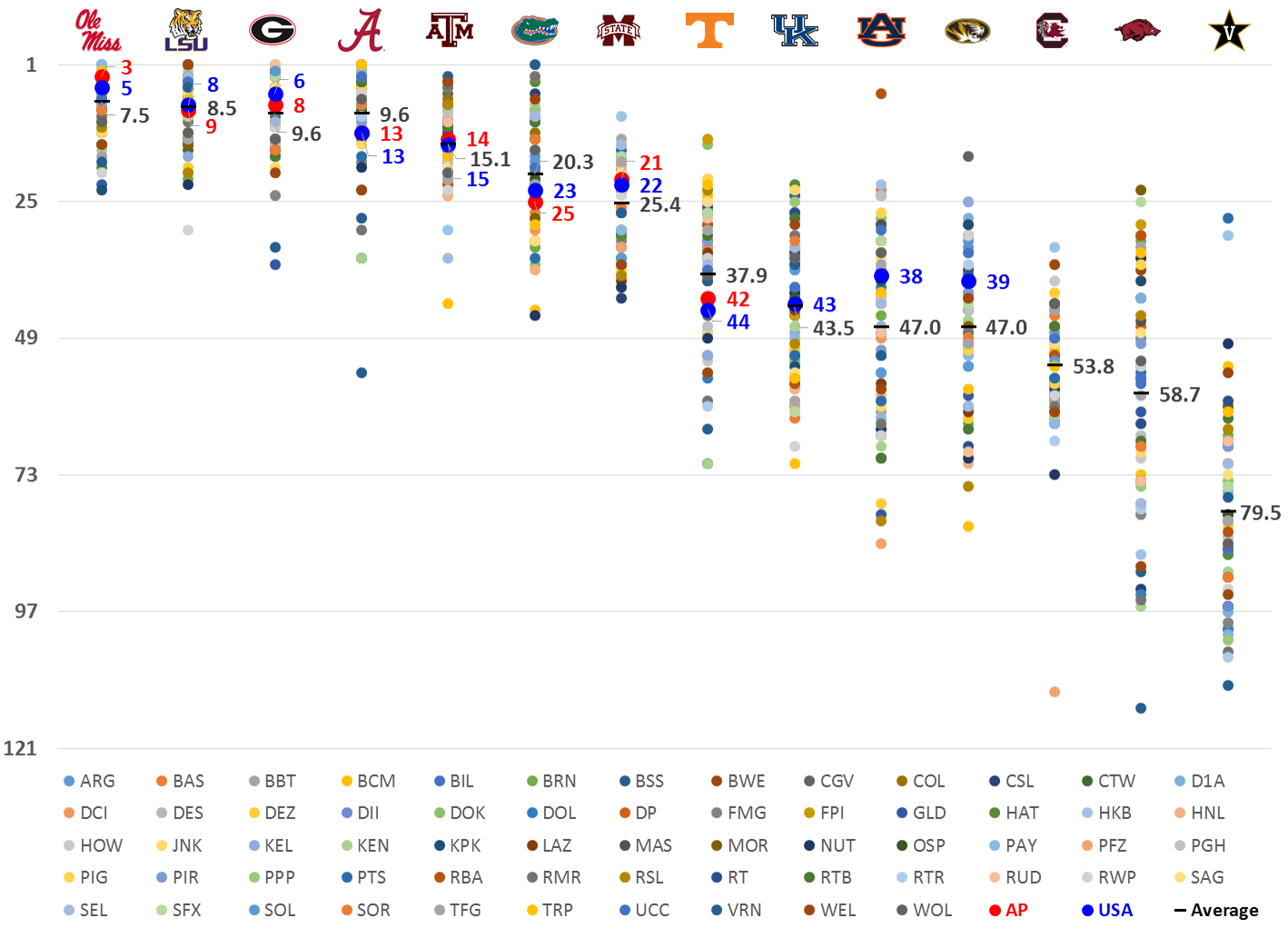 Bama in the Massey Composite

The same ranking source that has Florida #1 has Bama #55, so I guess that confirms the fears that the Saban dynasty is dead. The Tide is #1 in rankings from six sources.