You know we need this. Texas, Auburn, and Tennessee? Yes please.

Sports have always been a diversion for us, and if there was ever a time that such a diversion was needed, this is it. So many folks are worried about real life stuff right now. I thought it might be good to take a look back at some of our most popular meltdown posts, because people being mad about bad football seems like good times, doesn’t it?

This first installment was originally compiled by outsidethesidelines back in October of 2011, and he provides the context for you:

Texas made it clear to the world that their 4-0 start was just some grand cupcake-induced mirage, revealing their true colors by being hammered by Oklahoma in the Red River Shootout. Shaggy Bevo was as epic as expected. Florida State also completely dispelled any notions of competence with an ugly loss against Wake Forest, and it seems the 'Nole fans are a bit tired of the offseason fluff followed by the in-season failure. Likewise, Auburn went down hard for the second time in two weeks, and while it will surely get even better in time, this week was no slouch. And finally, we have the Tennessee Volunteers, who managed not only to lose to Georgia at home but also managed to lose both their starting quarterback and starting tailback to injury in the process. As expected, no one took any of those losses well.

As always, the language in this post is just awful. Seriously, if you are offended by, well, just about anything vulgar, please read no further. The point is to laugh at those who irresponsibly let liquor and anger do their talking... over a game, and it’s no holds barred. 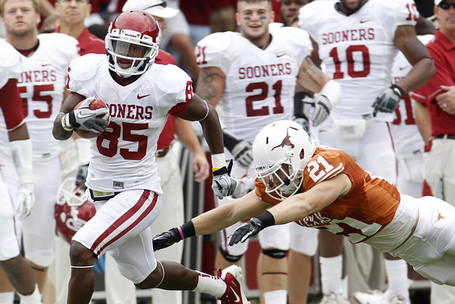 oh hell they are talkin about landry jones proposing, i might as well go hang myself

This assfucking is a direct result of Mack not pulling the plug on GG last year.

Someone cue up the Hitler video

i wish i could get the longhorn network to see how they explain this abortion...

Fuck u Mack, get these kids ready! Tackle and block...basics of football. Feed these kids some spinach or steroids...fukin tackling with their hands in their pocket.

If Cockgobbler U puts up 60 on us, then Diaz might be on a cross after the OSU game.

Let's just put in a random fucking fan in at quarterback.

Can we just forfeit at this point? Is that even possible?

Shut the fuck up and go back to finger banging your ass while looking at the best of stoops video.

Fucking Case chewing on his helmet. Goddamn is he goofy looking.

Our blitzes are on tape delay.

Musbereger can eat an ox cock

Dear, extinct Mayans... would you mind moving the date up about 14 months?

I need to see a psychologist. I must really hate myself because i am still watching this ass raping.

Not only are we getting raped by OU, but my burger sucks and my upstairs neighbors are listening to what can only be described as the shittiest punk music ever made at full volume. This day sucks. But at least I have Woodford Reserve to console me.

The entire right side of the line did a great job of emulating ghosts.

Someone needs to stick a dick is Mushburger's mouth so that he'll stop mentioning the Fiesta bowl from 5 fucking years ago.

GODDAMN!!!!!! WHY DON'T YOU FUCKING FAGGOTS TRY TO BLOCK SOMEBODY!!!!!!!!!! Herbstreit's a goddamned fucking faggot.

each coach should donate their paycheck to a battered women's shelter.

We got DP'd with no lube. The soreness will pass though.

I'm sick as fuck of completely unprepared, head-down first quarter teams stepping on the field in the biggest game of the year. Fire his ass now. He can recruit, but can't do shit to harden up these little douchebag, no football playing whores. I could give a shit who replaces his ass. I'm tired of looking at the fucker.

HE CANNOT GET PEOPLE READY TO PLAY! FUCK MACK BROWN IN HIS ASS! 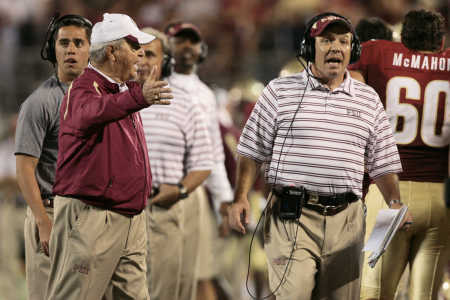 Go to the library and find a good book or something. War and Peace, maybe. By the time you finish, maybe FSU will be relevant again?

ESPN prolly won't even mention this much. Just like last decade

We suck more ass than a boatload of ass suckers!

Novacane to take away the pain

God I wish Les Miles were our coach

I've already emptied the bar, what do I do now?

Got the bus warmed up for my trip to the cliff, anyone need a ride?

I feel FSU is the blowup doll that gets passed around from frat boy to frat boy without being cleaned. But in this case, those frat boys are the teams we go up against.

Can we will an Auburn here? Hell the fuck no.

The ACC wants FSU to leave after this shit

Fuck this shit, the plane has crashed into the side of the mountain! Looks like WF took that recruiting national championship and stuck it right up our assuming asses. Why the hell didn’t EJ start this game in the 1st place?

I'm guessing Jimbo will blame this on not having an indoor practice facility?

Anyone wanna go hang themselves on Skype with me?

FSU owes everyone who watched this an apology and a check for 3.5 hours at minimum wage

Guess I’ll join my wife and just cheer for Bama the rest of the year…. this is fucking embarrassing. Since when the fuck did we become this year’s Ohio State and Miami???

This team is a fraud of Madoff-esk proportion

I haven't been this done with something since I took a crap this morning. Vaya con dios, FSU football.

God made whiskey for this day. 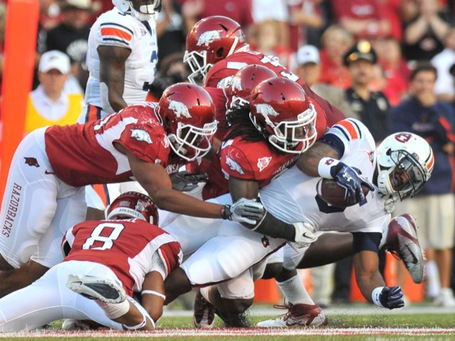 5 holding calls in one game. bammer doesn't get that many called in a season

Bammer will beat us by 50

Gus should be donating about half of his salary to save the trees. Pathetic

Please don't put Mosley into the game. I can't cut that crybaby shit again when we have to bench him

Trotter is still the starting quarterback because the five star QB only knows one play? Please tell me this is just one cruel joke

Who says they're not? Theyre worried and they are desperate to derail us. Never put anything past the REC 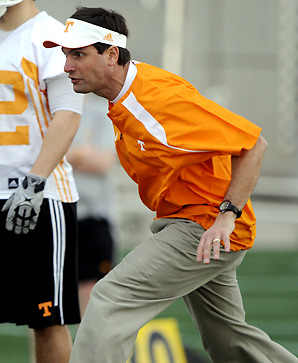 We hired Mike Shula with a law degree

I'm glad mywhore ex wife got the tickets in the divorce

At least Fulmer's momma didn't embarrass us on national radio

We had a worse weekend than Hank Jr.

Fitting he made a bamboo reference. We're surely getting bamboozled.

FUCK YOU LANE KIFFIN!!!!1 Boyd should be our starting QB now and we'd have a chance without Bray

We were a three man team on our best day and two of those three are done for the year. We are shitty and we are cursed on top of that

This team cannot beat Kentucky without Bray. Vandy will make us choke on their shlong

Can you imagine what Boise would do to us?

The team that lost to Boise and faced a 4th and 54 just beat our asses at home.

We didn't crash into no goddamn mountain,, this fucking plane never got in the air