As always this is an addendum to balloons' Graphing the Tide vs. Georgia, again (2021-22 National Championship Game)

Forgot to mention this before I hit post. The Blocked FG is labeled as a success (green) in some of the graphs below. I just haven't had time to correct that and figured that it is just a minor error. I'll fix that during the off-season.

I don't really have anything to add to balloons' analysis other than to note the slight(?) penalty disparity...

The data source I am using is missing a penalty on Alabama according to two different sources. I have added a row to the table below (hence the weird penalty type) and fixed the graph.

Georgia was the more penalize team... at least the team that had more penalties called on them. As always the data doesn't record uncalled penalties. I'm not sure how many missed penalties there were in either direction. But overall they were the more penalized team and we were not able to capitalize on that. And that's all I got to say about that. 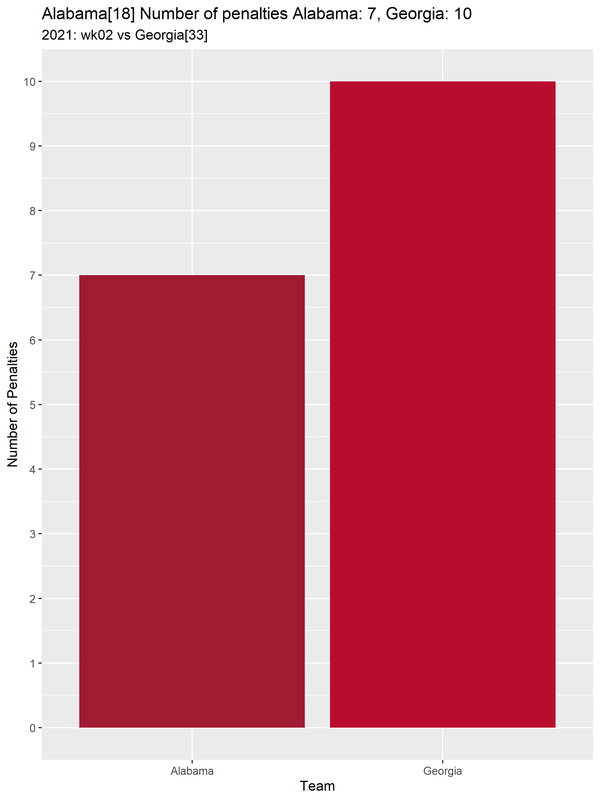 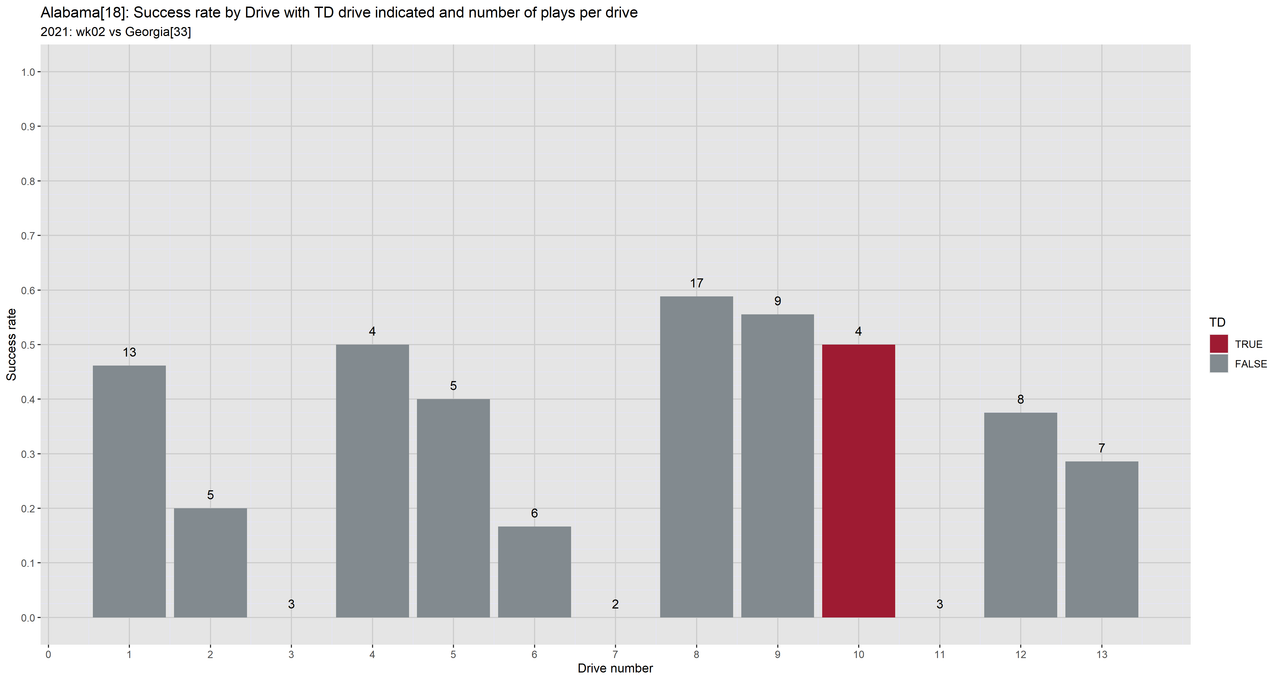 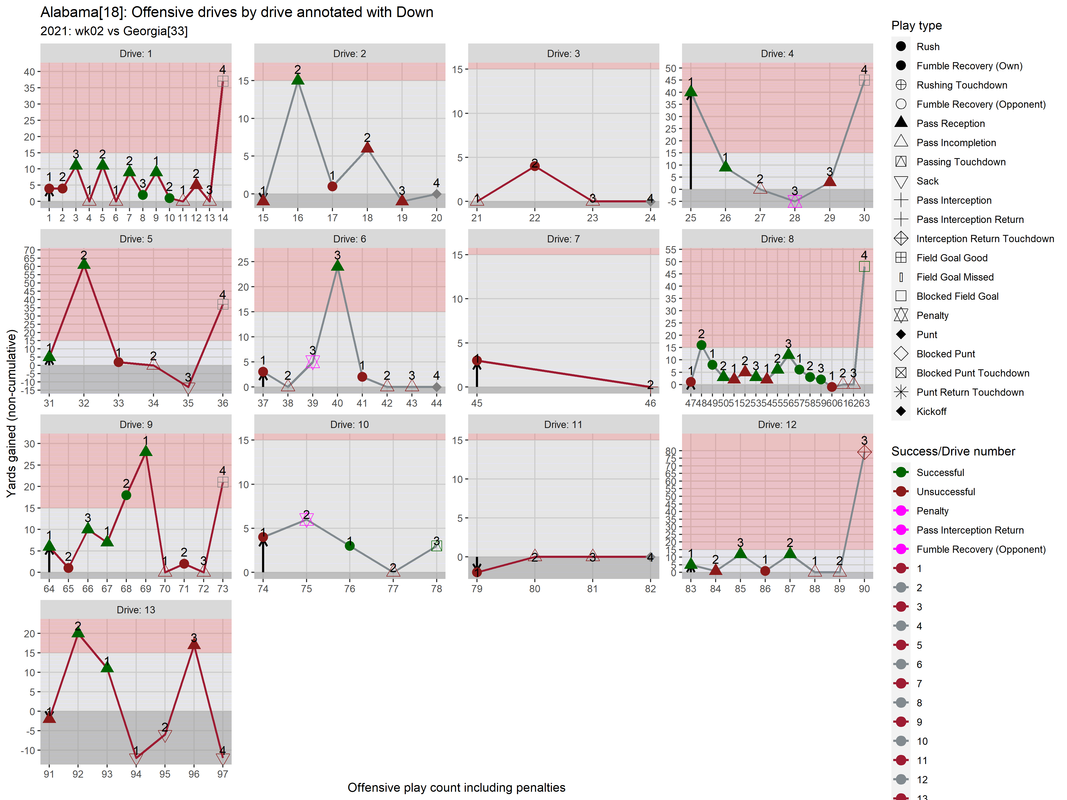 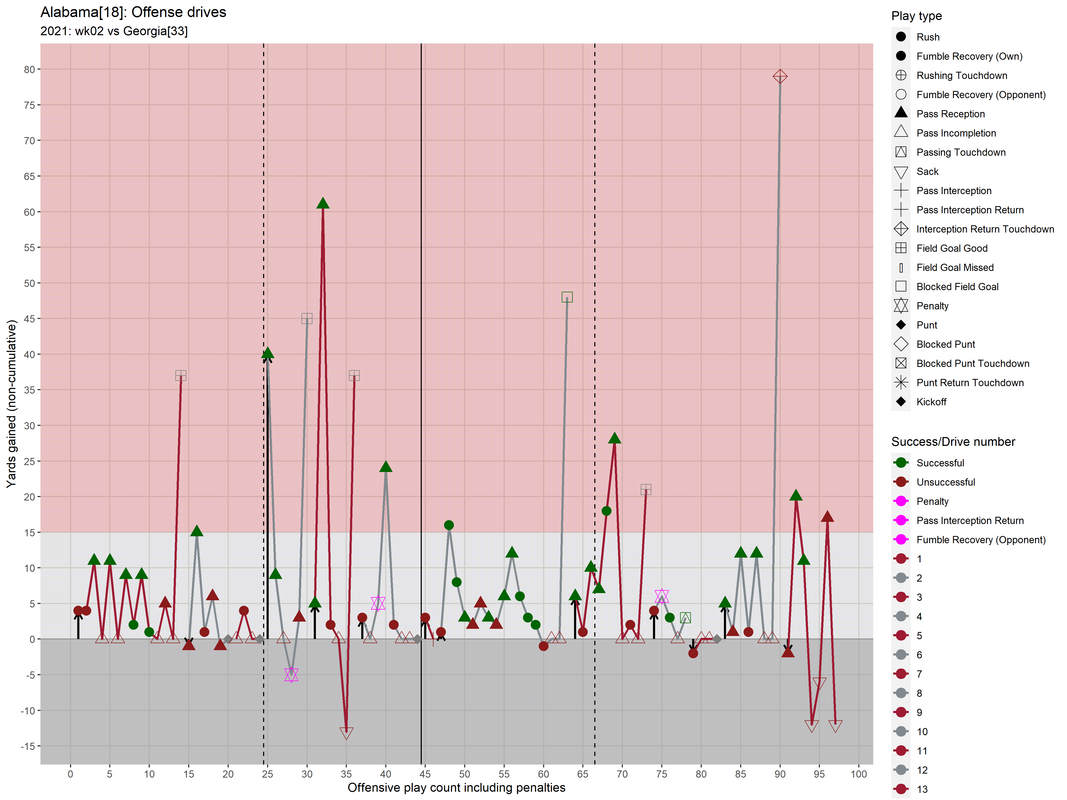 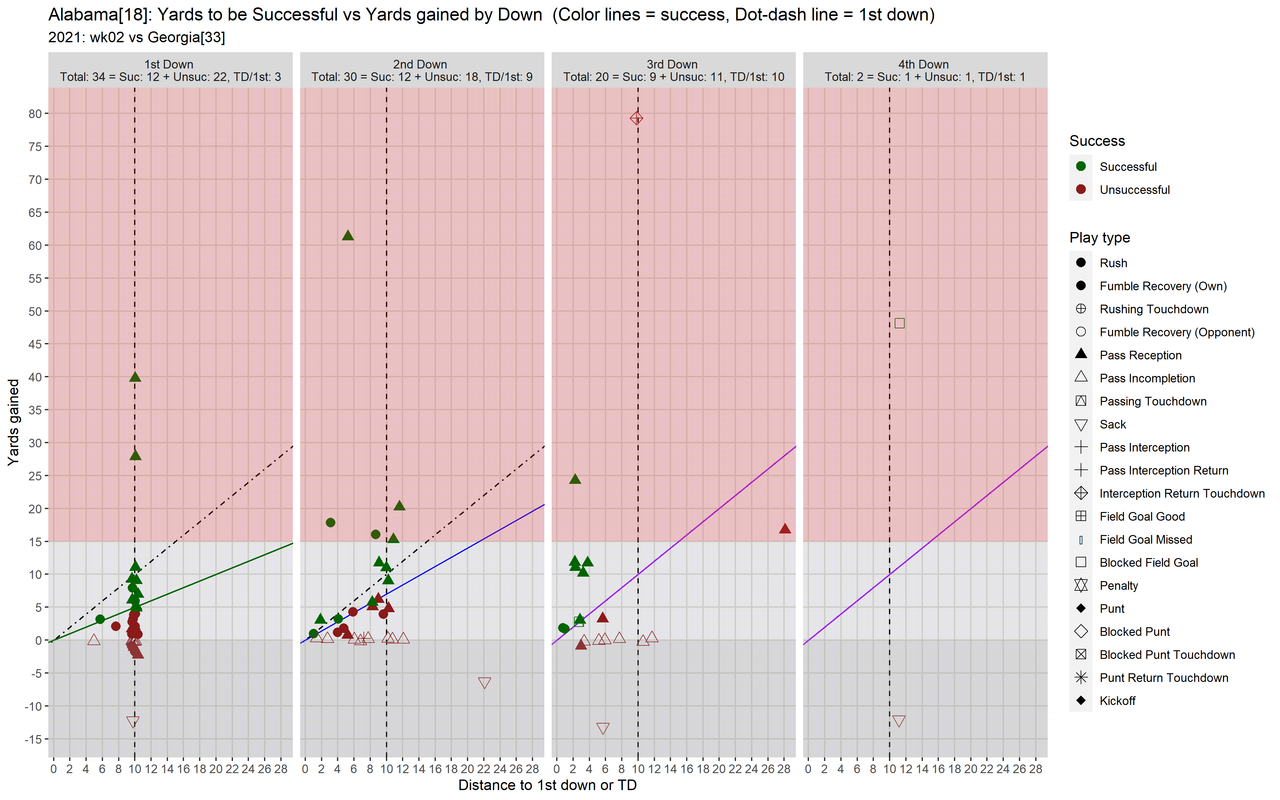 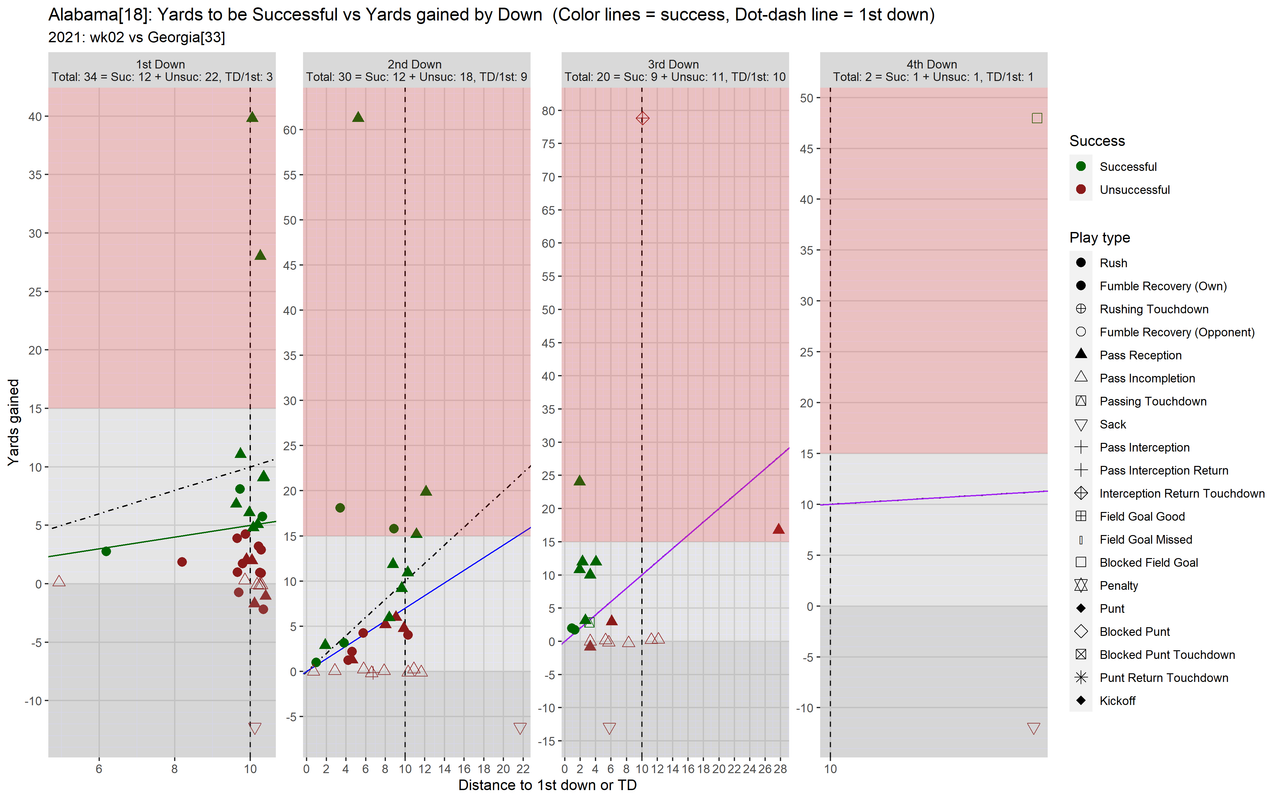 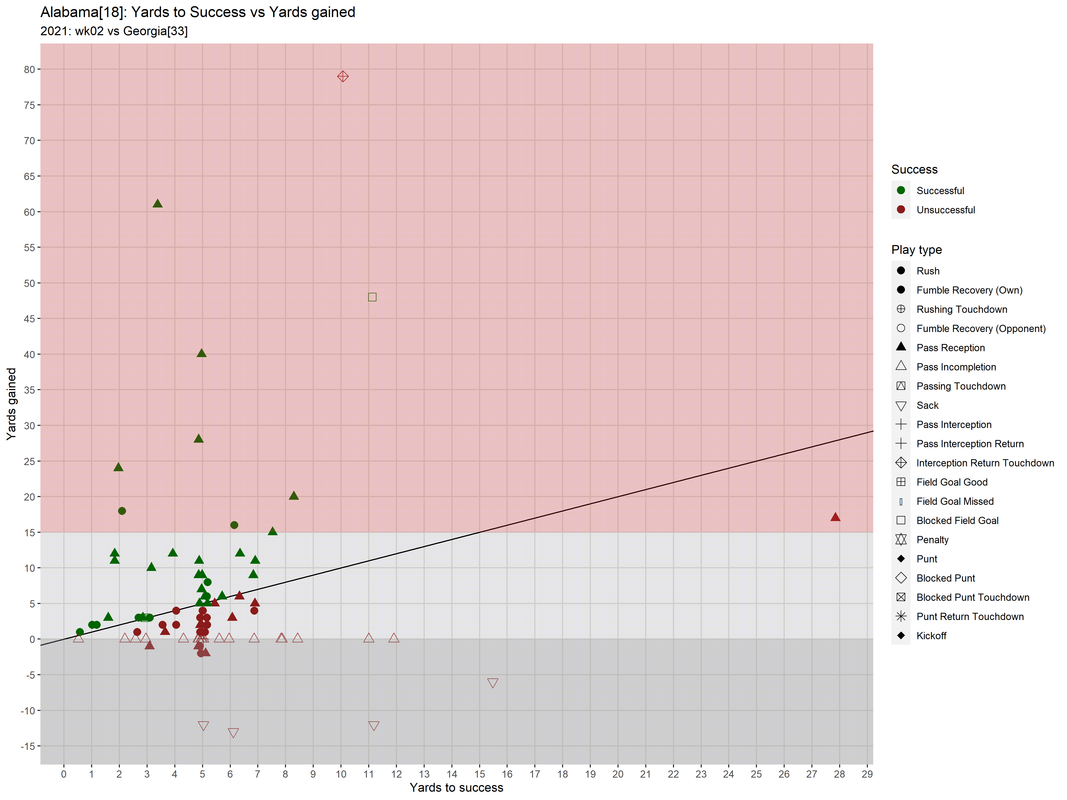 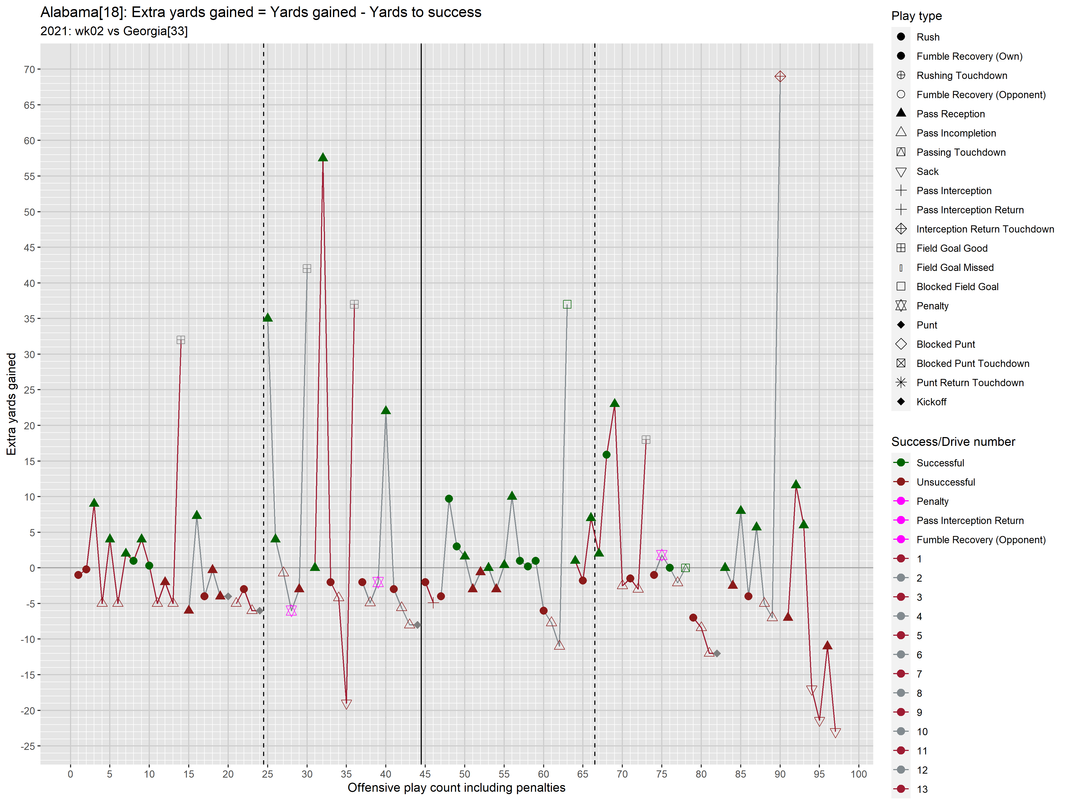 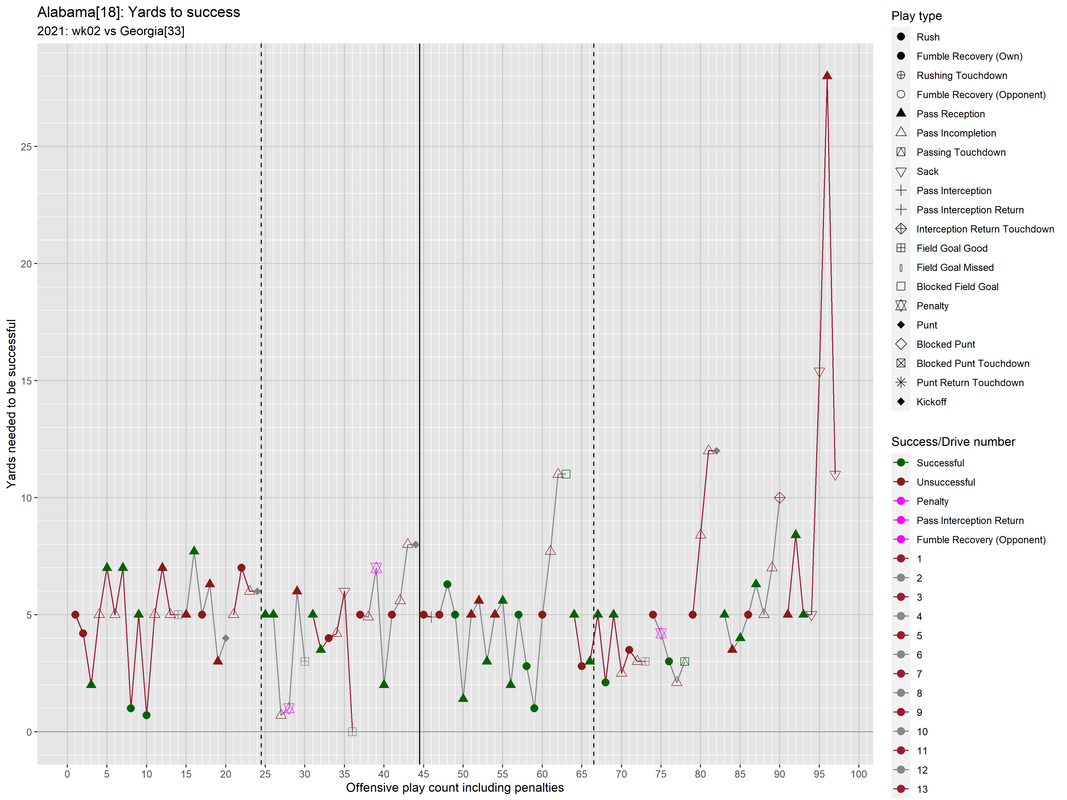 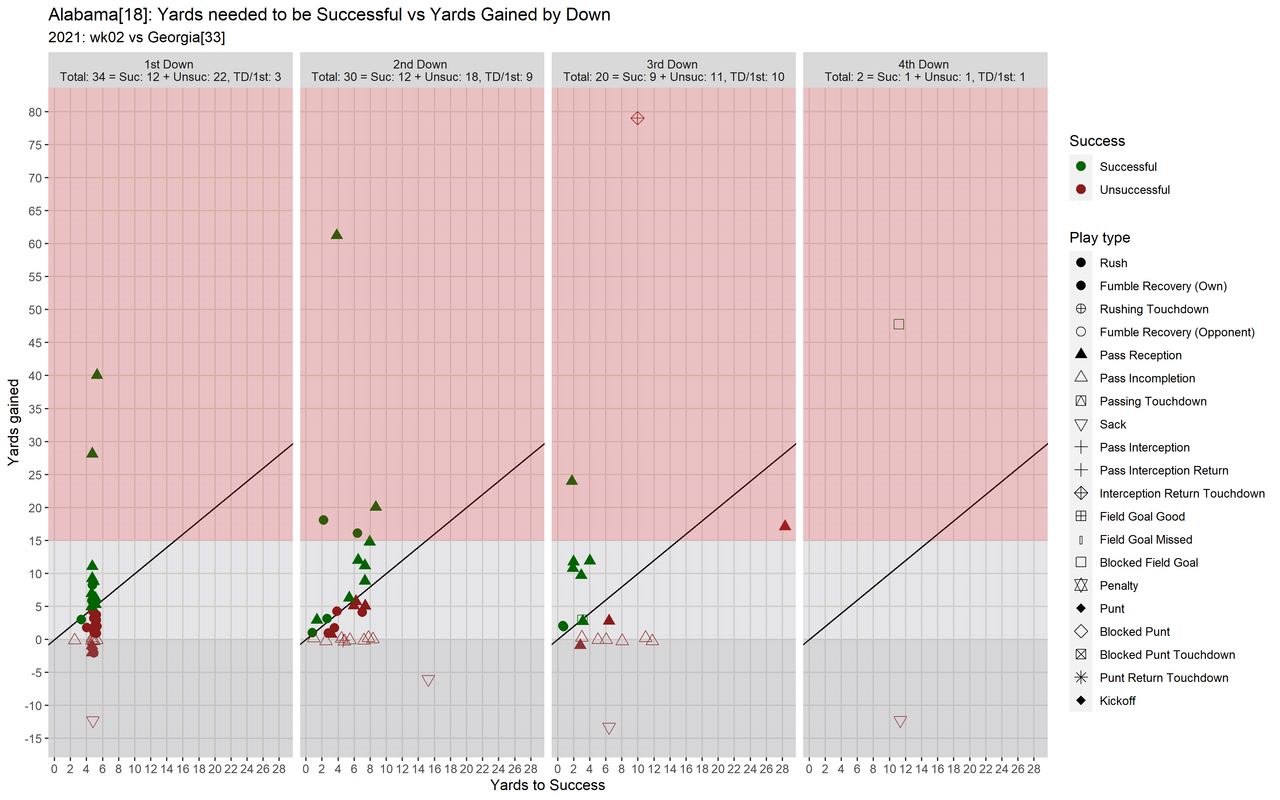 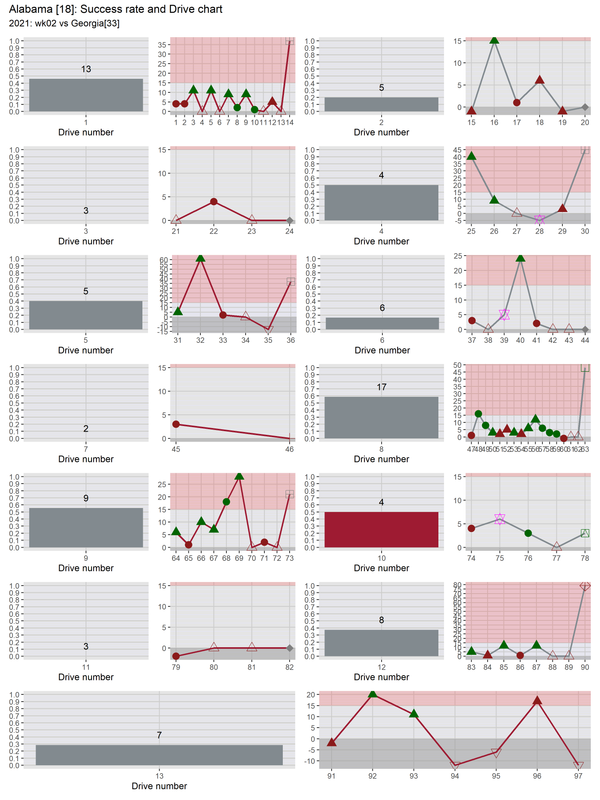 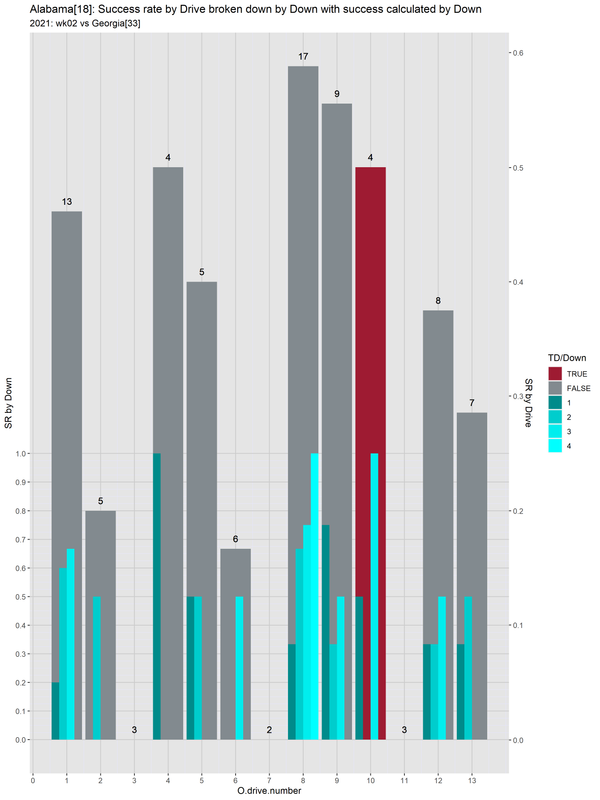 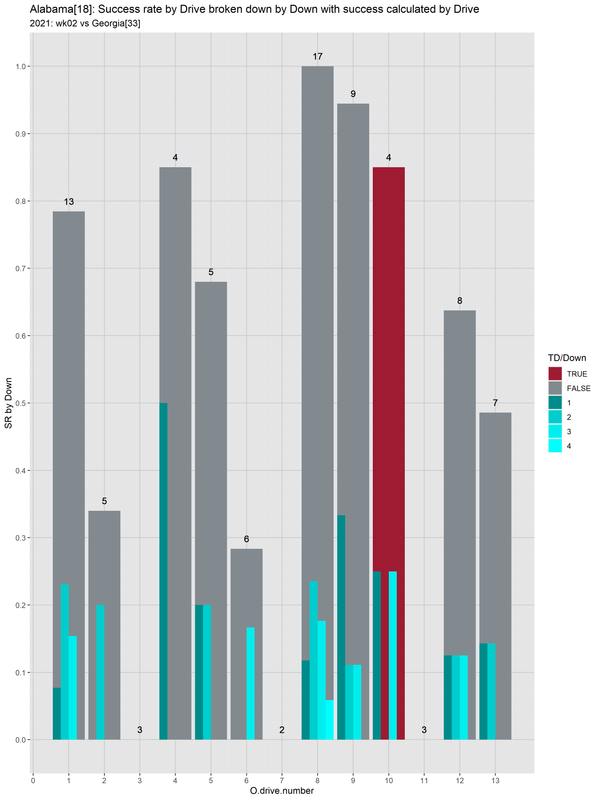 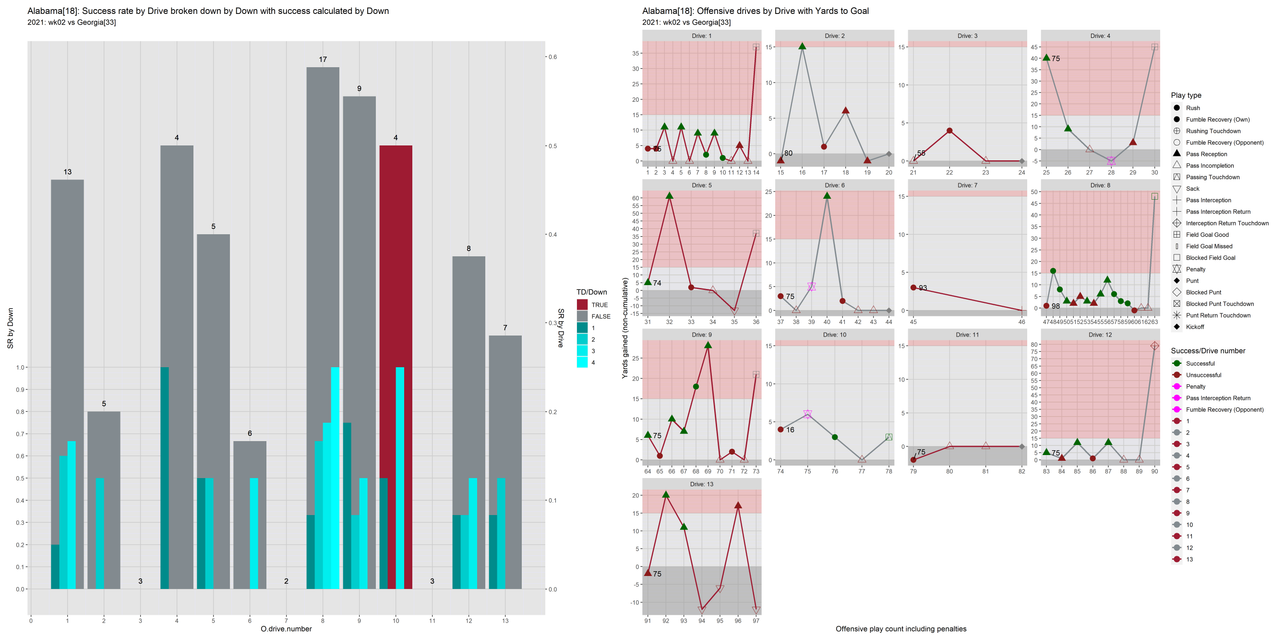 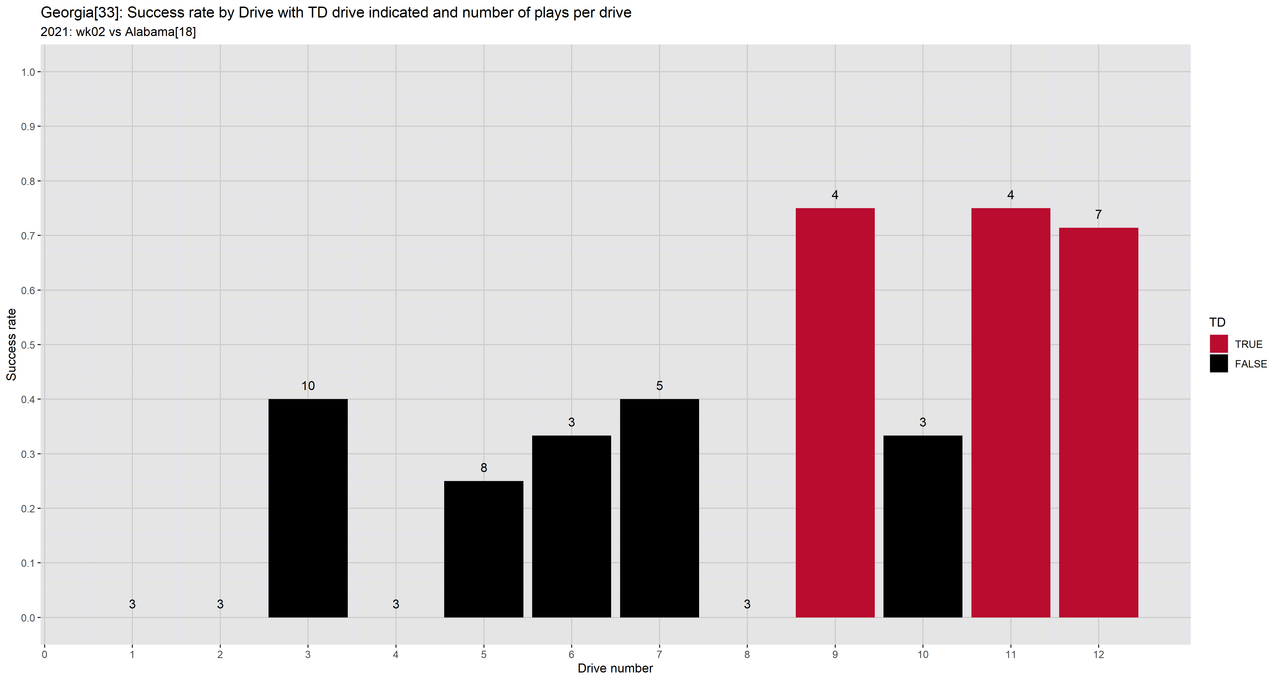 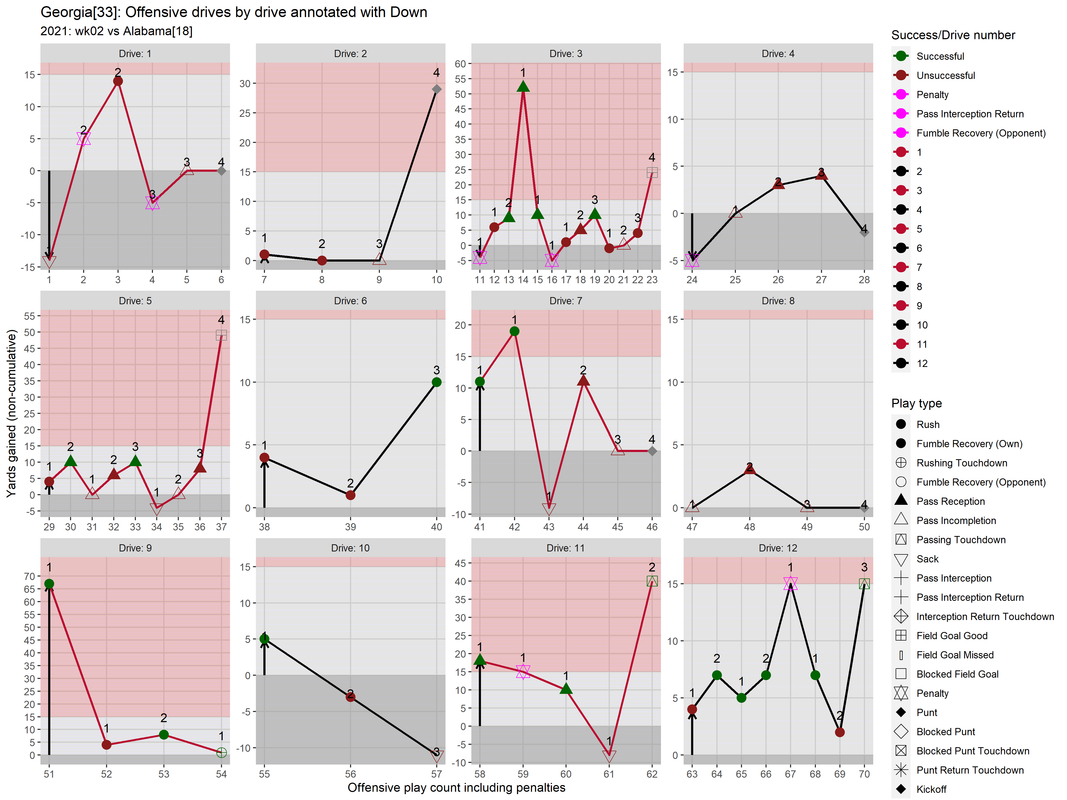 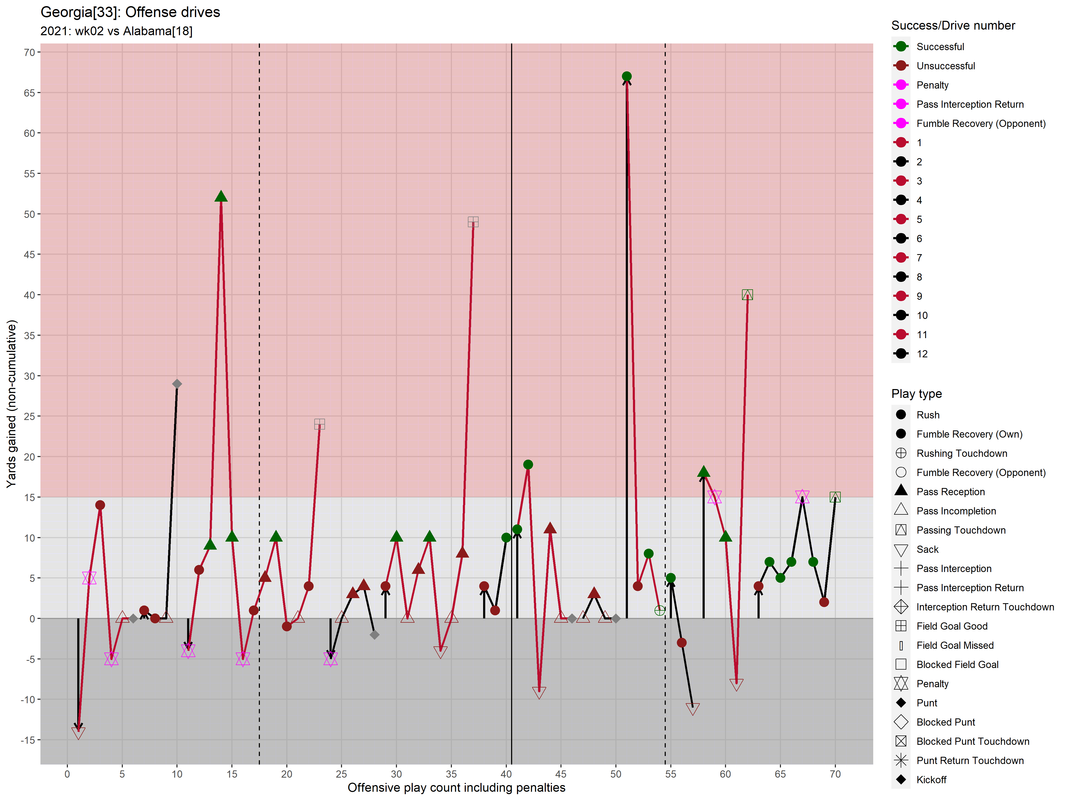 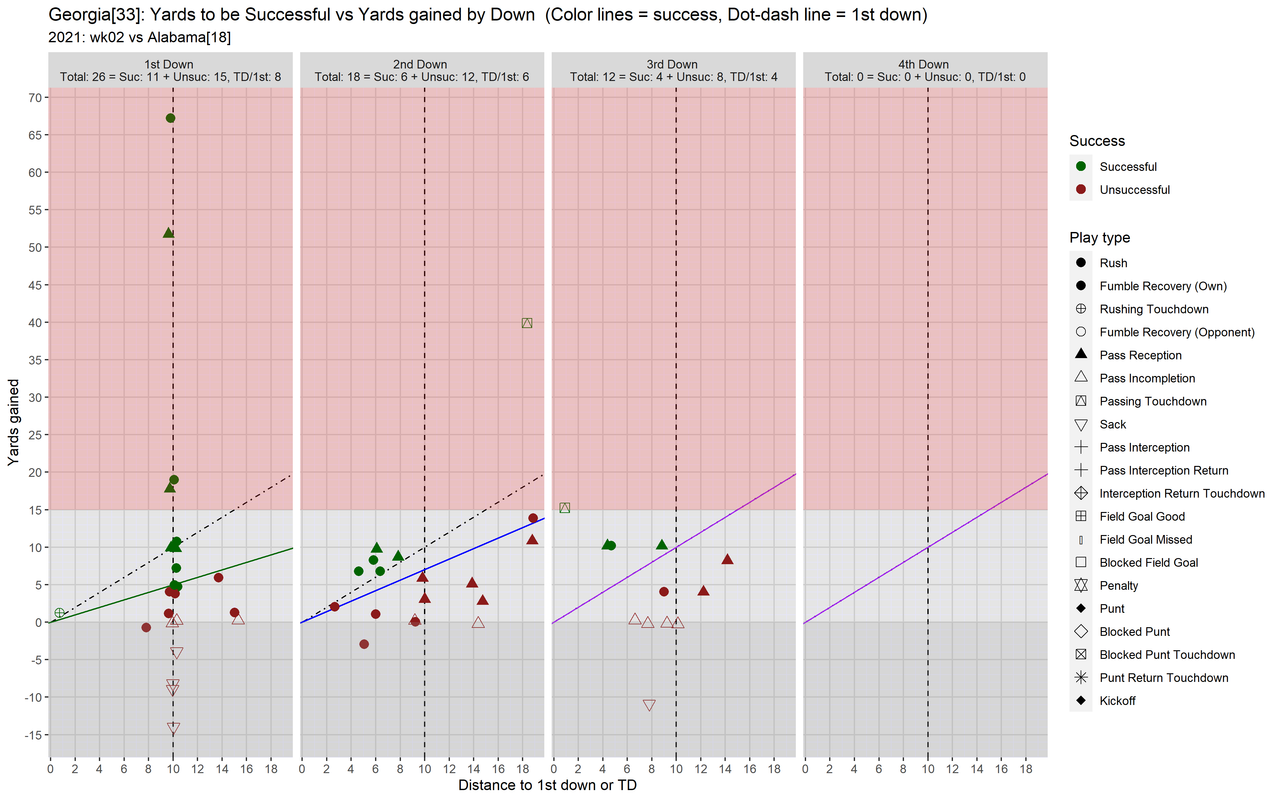 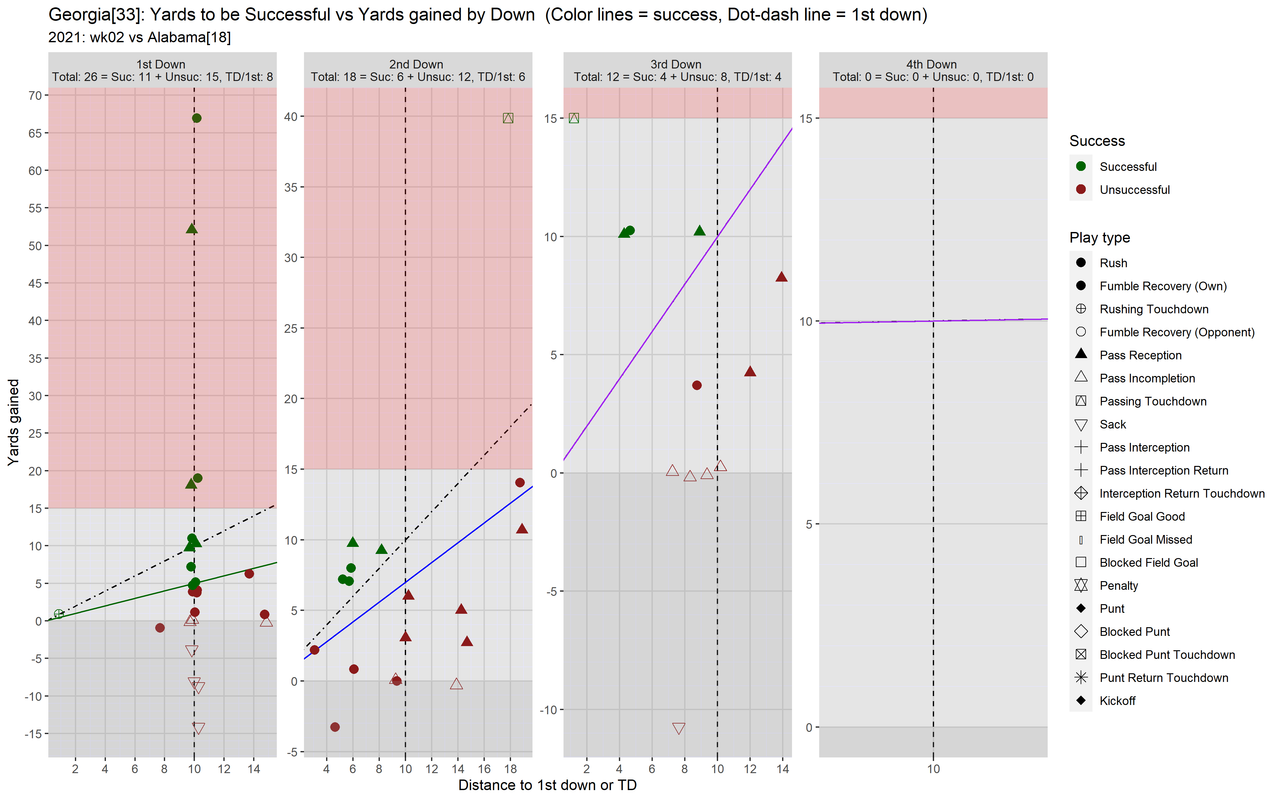 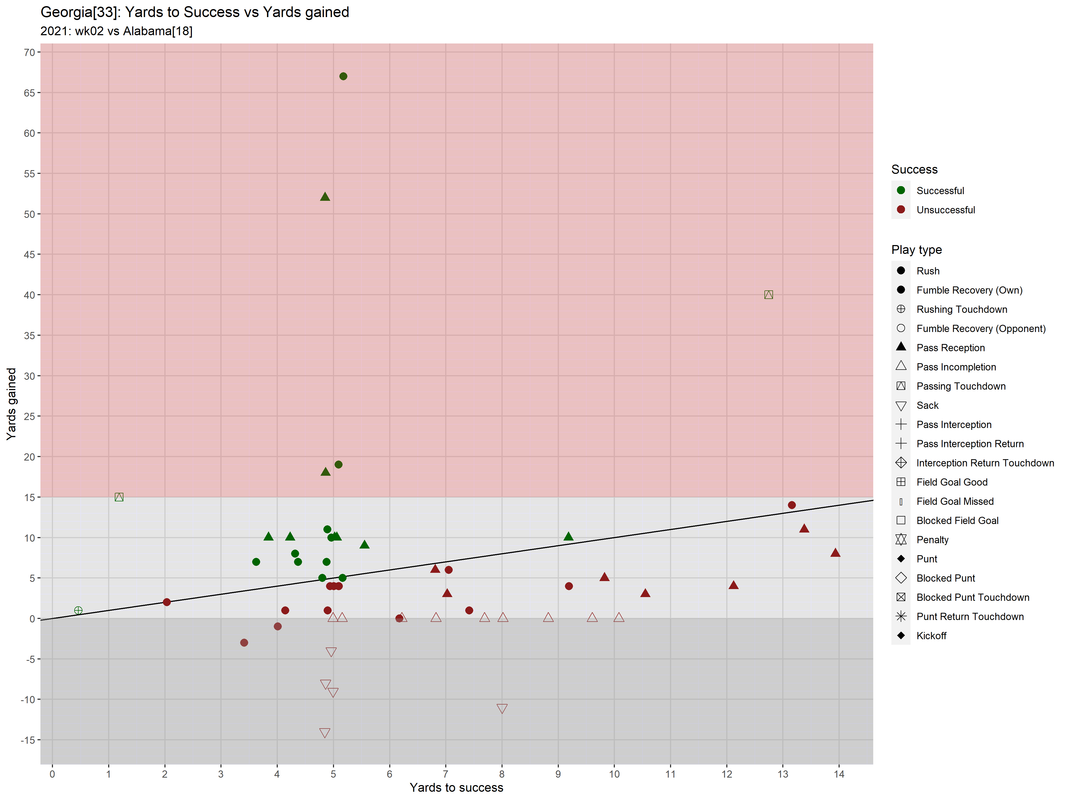 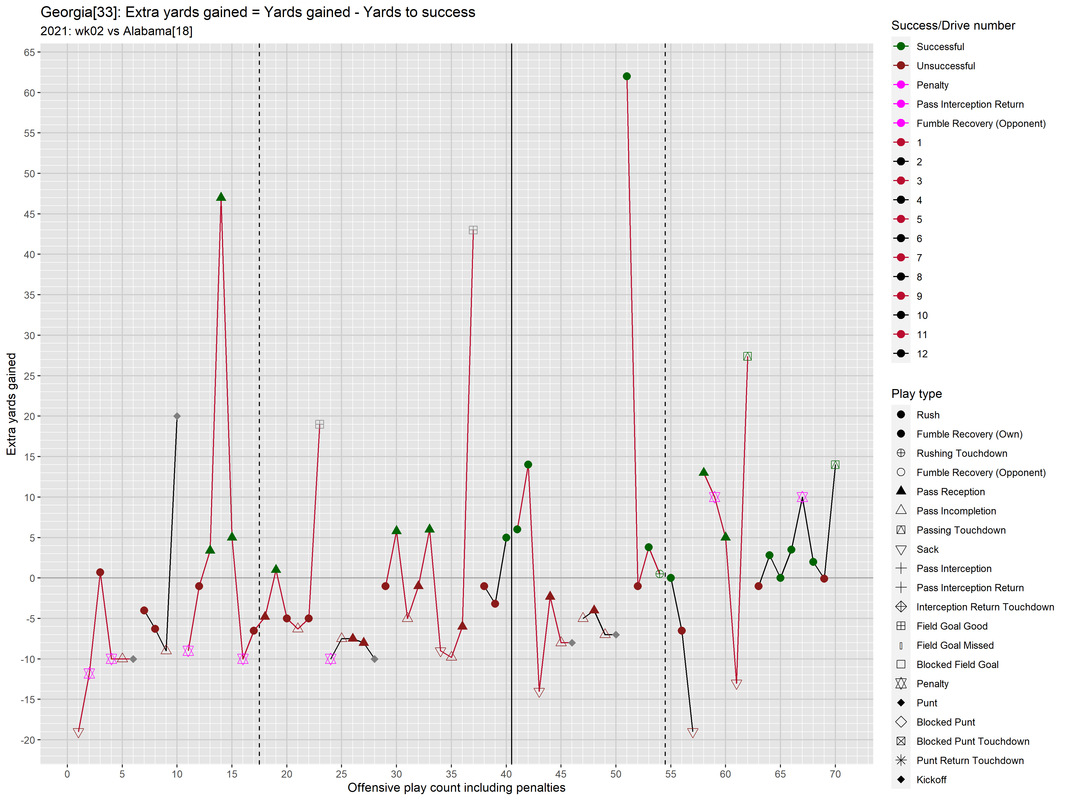 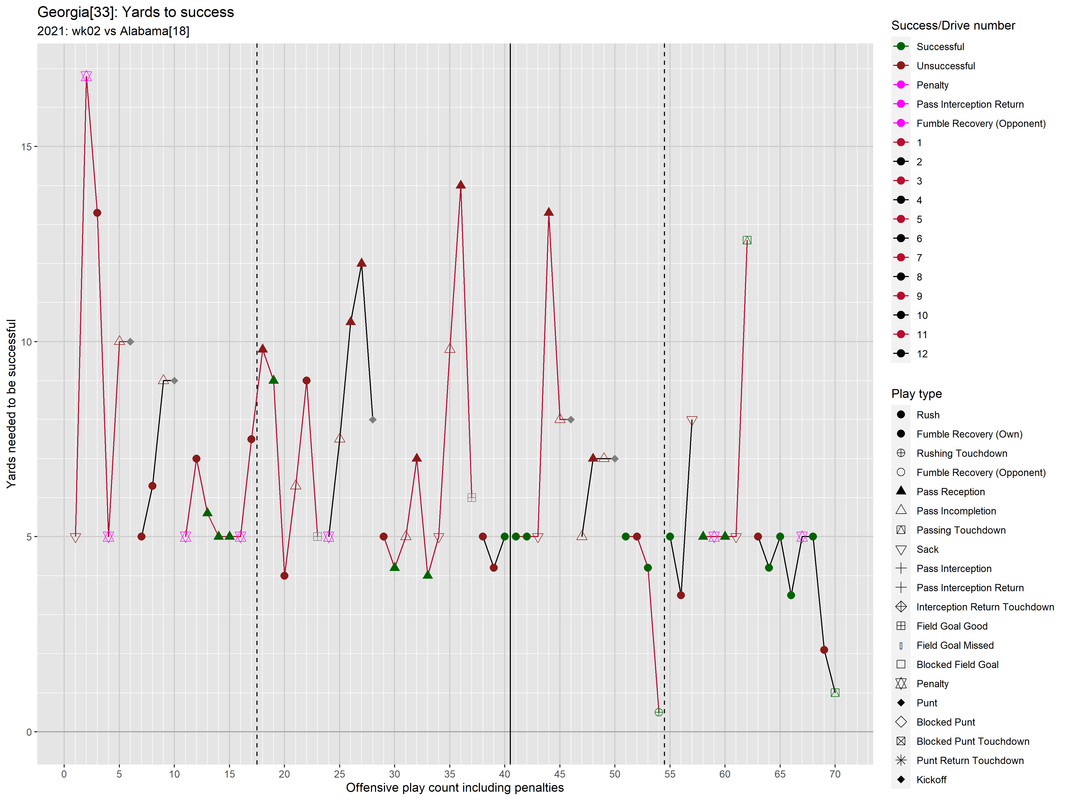 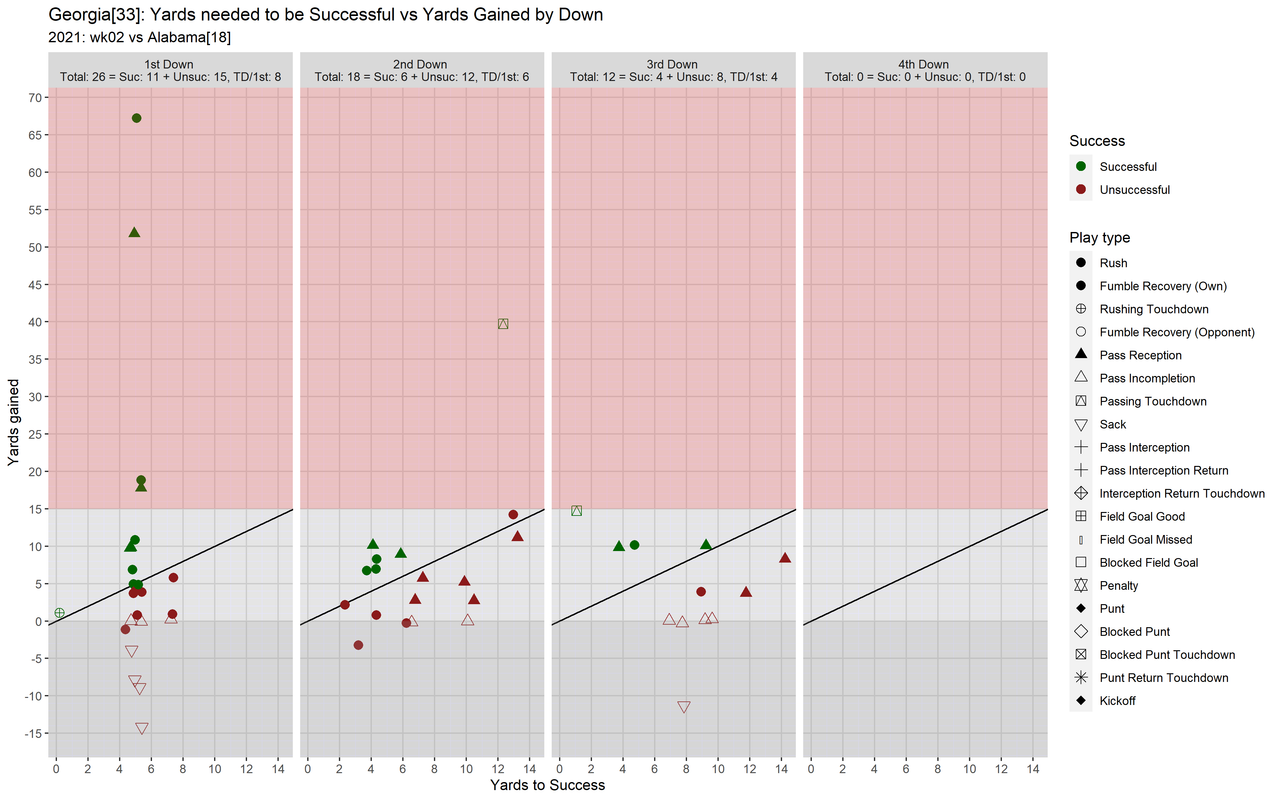 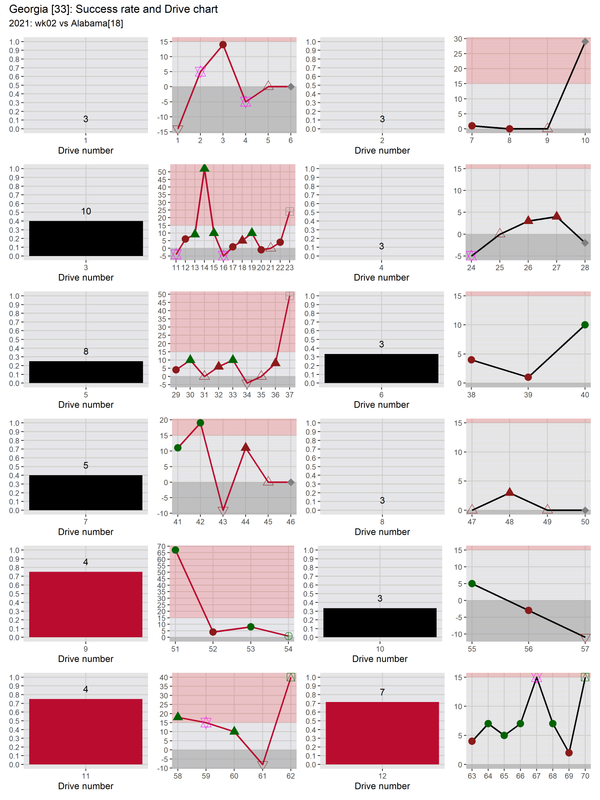 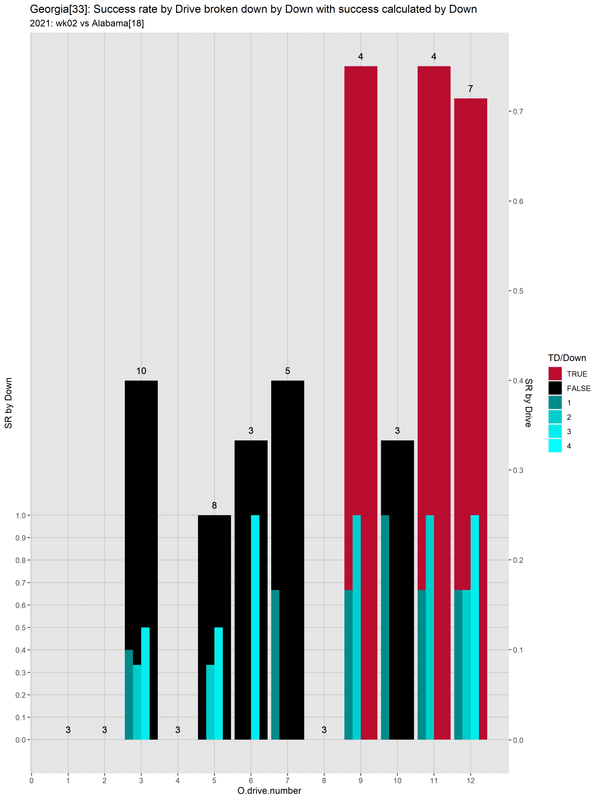 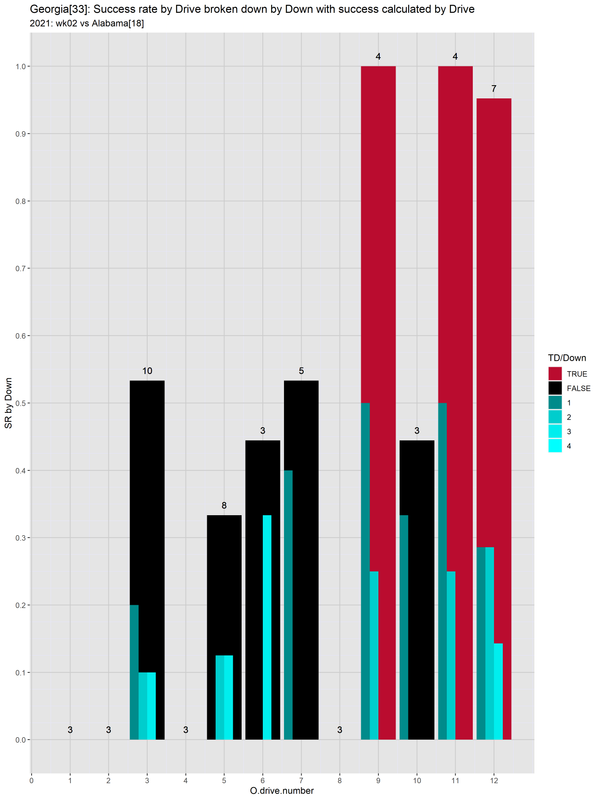 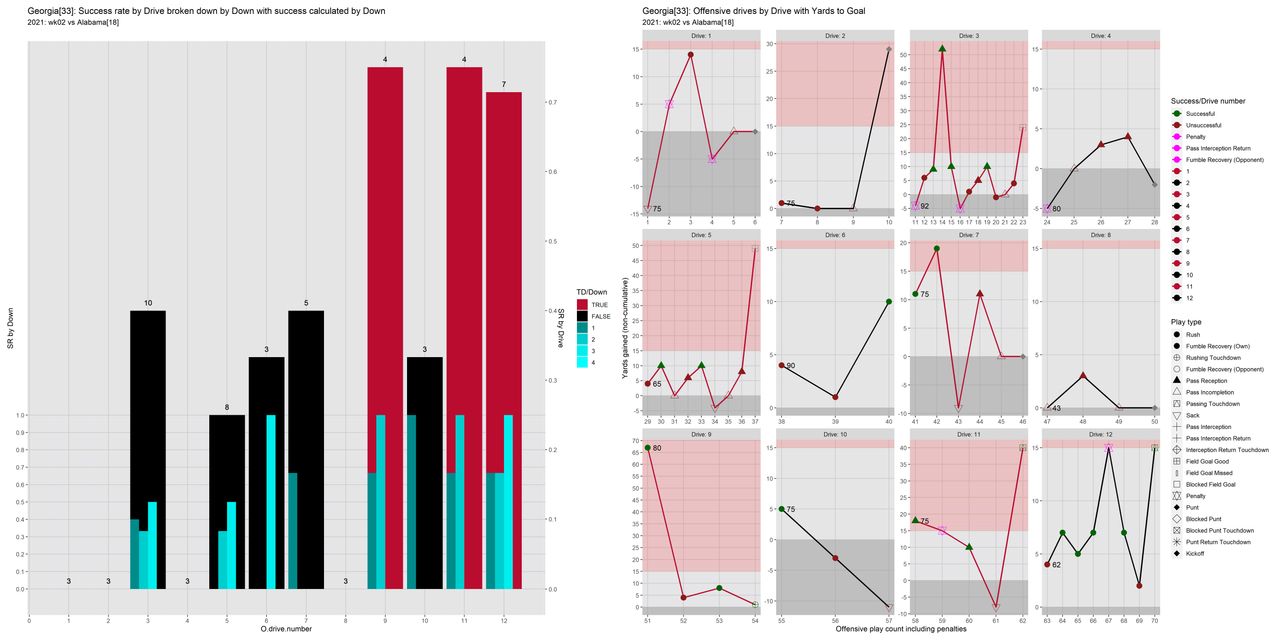 Well it was fun and I learned a lot doing this. I plan to dig more into SRs and hopefully can participate more in the analysis of the games next season. I appreciate balloons' and everyone else's suggestions and comments. As I rewrite my code and think my way through this stuff during the off-season, if I come up with anything that I think is interesting I will throw up a FanPost.