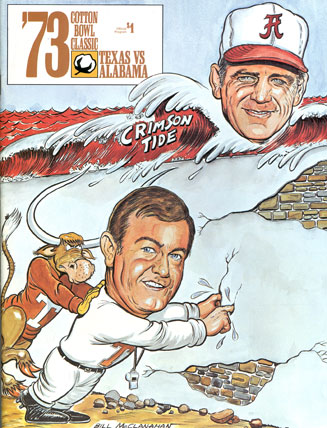 Howdy y'all! Just dropping in to provide a few links to some stories I did back in the day. On the advent of Alabama's first national championship game under Nick Saban, I penned a series of articles for RBR looking at each of the games between the Crimson Tide and Texas. Up to that point the two teams had met eight times with the Longhorns winning seven and one tie.

Anyhow, I couldn't dig all of them up but if you want a peek at least a few of the historical matchups here ya go.